Insulting the Memory of an Anti-Apartheid Activist 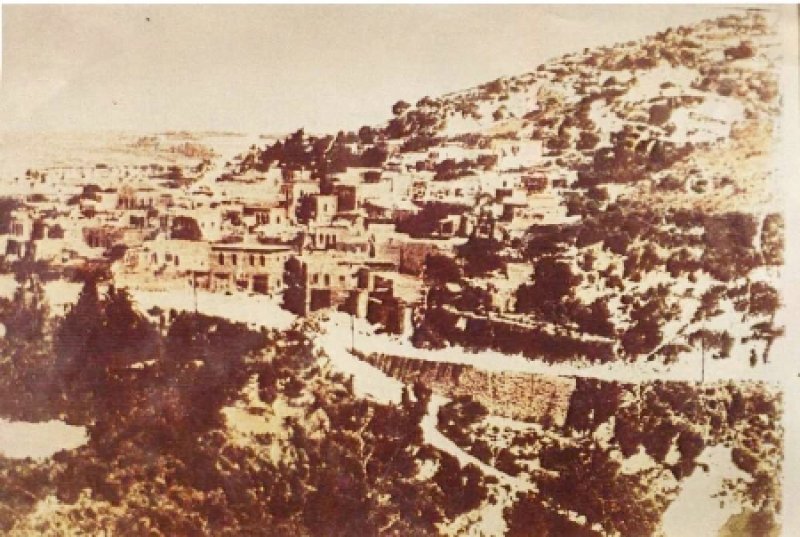 The Jewish National Fund and the Coretta Scott King Forest

In recent years, the Jewish National Fund (JNF) has announced its plans to rebuild a section of the Birya forest, located in the Galilee, and to name it after the late Coretta Scott King, the renowned civil rights and anti-apartheid activist and wife of Martin Luther King Jr. The Coretta Scott King Forest is being built as part of ‘Operation Northern Renewal,’ a $400 million JNF campaign that aims to rebuild its forests in the North that were destroyed during Israel’s brutal assault on Lebanon the summer of 2006.

Approximately two million trees were reported to have been completely burned or damaged beyond repair by Hezbollah’s Katuysha rocket fire across Lebanon's southern border. The initiative, a joint partnership with Afro-American churches in the United States, is designed to “strengthen ties between blacks and Jews.” According to a JNF press release, the forest will stand as a “tribute to Coretta Scott King and her message of peace and equality.”1

King was a well known activist who challenged the Jim Crow laws, a state sponsored segregation policy encompassing numerous laws that institutionalized U.S. racism, during the Civil Rights movement. Systematic discrimination in the U.S. was fashioned under the slogan of ‘separate but equal,’ but the situation was separate and unequal as Africans in the US were blatantly discriminated against in all aspects of life, to the point of being prohibited from using the same facilities as whites, like restaurants, phone booths, bathrooms, water fountains, transportation, just to name a few examples. These polices were enforced with brute violence by the state, police and white supremacists who would harass black families and often conduct brutal public lynching with impunity.

King continued the fight for justice, dignity and equality, advocating for workers, women and gay rights until her death in 2006. She is particularly remembered for her active opposition to Apartheid in South Africa, advocating for Boycotts, Divestment and Sanctions against the Apartheid regime until the racist policy was dismantled.

One cannot help but be disturbed by the bitter irony in this appropriation of the life and legacy of Coretta Scott King. How would she, a woman who opposed discrimination and apartheid, feel if she knew that her name was being used by an organization that deliberately discriminates against Palestinians simply because they are not Jewish? Or moreover, an organization that is not only a cornerstone in the Israeli apartheid system, but also an integral part of the Zionist colonization of Palestine, playing a key role in the ethnic cleansing of the land, from the organization’s inception in 1901 until the present. The role of the JNF was to acquire lands in and around Palestine through moneys fundraised in Europe and North America. The lands held by the JNF were to be controlled and used by Jewish people only.

The acquisition of Palestinian land proved easier in theory than practice, as Palestinians became conscious of the goals of the Zionist movement, and which led to the boycott of Zionist businesses and institutions in the 1930s. The JNF resorted to finding wealthy Arab landowners who didn’t live on the land and had no attachment to it, but who officially owned large tracts of property in Palestine and offering them large sums of money for the purchase. Despite this, the JNF and other Zionist land purchasers was unable to acquire any more than 7% of the land of Palestine by 1948.

After the 1948 Nakba in which over two-thirds of the Palestinian people were expelled and banned from returning to their homes and lands, the property of these refugees was confiscated and transferred to the newly founded state of Israel. A debate within the Zionist movement ensued on how to deal with the JNF’s holdings between those who wanted to keep the JNF, and those who wanted to transfer lands controlled by it to the state. The winning argument was that by keeping the JNF, the Israeli state could maintain a façade of democracy, while allowing discrimination in land policy to continue by giving authority over land policy to the JNF. The JNF was handed fifteen percent of the lands of the displaced Palestinians’ towns and villages, over which it built parks and forests to hide the evidence of Israel’s ethnic cleansing of Palestine, and to provide the organization with a new public image as an environmentalist organization.

Considering itself the ‘caretaker of the land of Israel for Jews in perpetuity,’ the JNF prohibits the sale and lease of land to non-Jews in its constitution – in keeping with one of Zionism’s underlying maxims, the racist notion of “land redemption” or, from the point of view of the land’s rightful owners, ethnic cleansing. The JNF then develops land stolen from Palestinian refugees for the exclusive control of Jews only, whether they live in Israel, Canada, Europe, or elsewhere, while the rightful owners, Palestinian refugees and internally displaced persons, have no right to return or claim what is theirs simply because they are not Jewish. So it is that any one of the 1.2 million Palestinian citizens of Israel can enter and walk around a JNF park or forest and look at the remnants of their village, but cannot actually reclaim their land even if they have the key to the house and the title deed proving their ownership. As for the over 6 million Palestinian refugees, they cannot hope to even visit the land as Israel denies the entry, let alone return, of these refugees to their homeland.

After 1948, the Palestinians that were able to remain in 1948 occupied Palestine watched in horror as Palestinian villages were cleansed, razed to the ground, and transformed into Jewish only settlements, kibbutzim and national forests. In a matter of years, Saffuriyya became Tzipuri, Sa’as’a turned into Sasa, abandoned mosques and churches were turned into bars and stables or left to rot, the old city of Jaffa was depopulated only to be called ‘Yafo’ and turned into an Israeli artist colony, all part of an intentional and systematic remapping of Palestine to erase its Arab-Palestinian past and replace it with the Zionist dream.

The JNF plays an essential role in erasing the history of Palestine. Today stand over 100 man-made JNF forests and parks, all built on the lands of destroyed Palestinian villages, land which belongs to the refugees. As the JNF so candidly admitted in a press release, “Israel was not blessed with natural forests. While northern Israel is covered with trees, they were all hand-planted 2-3 generations ago by the pioneers of the State.”2 By placing trees over the locations of where homes and entire villages once stood, the JNF is attempting to literally ‘cover up’ and erase any evidence of Palestinian existence and history on that land. These trees cover up sites where forced expulsion, massacres, and ethnic cleansing occurred.

Despite this role as a key institution in the implementation and maintenance of Israeli apartheid, the JNF acts as a multinational ‘charitable’ organization, meaning that in countries like Canada where the JNF has charitable status, a portion of any donation is returned to the donor in the form of a tax reduction. Its charity status is enabled by undergoing projects to ‘plant trees’ for ‘ecological’ reasons, thus misleadingly fashioning itself as an environmental organization in which people from around the world can donate money to plant trees, or have forests named after them, without necessarily knowing that they are now too partners in crimes of the JNF, as is now the case with the deceased Coretta Scott King.

The Birya forest, now the Coretta Scott King forest, is no exception, and is indeed not exempt from this ugly process. Birya forest, one of Israel’s largest man-made forests, is built over the ruins of six destroyed Palestinian villages located in the Safad region. The Palestinian villages of Dayshym, Alma, Qaddita, Birrya, Amqa and Ain al-Zaitoun are all covered by this forest. All of these villages were obliterated in the Nakba, and their inhabitants killed or expelled. Ain Al-Zaitoun was the site of a horrible massacre that claimed the lives of 70 people. Some might recognize the village of Ain al- Zaitoun, as it was the village massacre vividly recreated in the famous novel Bab el Shams (Gate to the Sun) by Elias Khoury that was turned into a film by the same name.

There is something to be said for the violence in the JNF’s forestation activity. Homes and villages are the confines in which some of the most sincere forms of humanity are expressed, the sites where people love, laugh, cry, eat dinner, mourn the death of loved ones, and celebrate holidays and new births. The JNF functions as a direct attack on the humanity of these lived experiences. A destroyed village is not just a destroyed village, but is the destruction of what remains of a life, a society, a community now in exile barred from returning. The act is part of an ethnic cleansing project that does not just seek to physically remove the indigenous people from the land, but also aims to completely rid and ‘de-Arabize’ the landscape of any trace of its indigenous people.

Now imagine the brutality of this violence from the perspective of an internally displaced Palestinian living in Israel, one of the quarter-million Palestinians who were forcibly displaced in 1948, but who managed to remain within the borders of what became Israel. This internally displaced person, who often only lives a few kilometers away from his or her village, is forced to face this land theft and colonial desecration on a daily basis. This is a form of violence that renders and excludes the native from the boundaries of familiarity, making the landscape unrecognizable so that they then become the foreigners, immigrants in their own land, trespassers sneaking through the bushes just to get a glimpse at their old villages, or thieves picking oranges from the fruit trees planted by their parents and grandparents.

This violence is so potent that it is embedded within everyday life whereby seemingly innocent daily acts that are part of a normalized routine are criminal, implicated in the broader process of dispossession. For instance, a man jogging in a destroyed village that a refugee has no access to, or a mother playing with her child in a park built over a destroyed home are actions that remind and reinforce the dispossession of the Palestinian’s self, family and community; the destruction of our life, memories and all that was normal, for the resettling of others. Your rights are compromised at the expense of others who are deemed more important than you, and are thus granted rights and privileges that you are not. As such the oppression of Palestinians becomes necessary so that the state can continue to provide its citizens the privilege of jogging without any moral disruption.

Coretta Scott King spent her life fighting against these practices of racism and apartheid. There is no doubt whatsoever that the renaming of the Birya forest in her honor is one of the greatest dishonors and insults that can be inflicted upon her memory. While the JNF would have replanted the trees of this forest regardless of its name, it is one more disgrace added to those of the Zionist movement to associate this Black freedom fighters name with the ethnic cleansing of Dayshym, Alma, Qaddita, Birryya, Amqa and Ain al-Zaitoun, the massacred martyrs of Ain al-Zaytoun, and Israel’s apartheid regime.