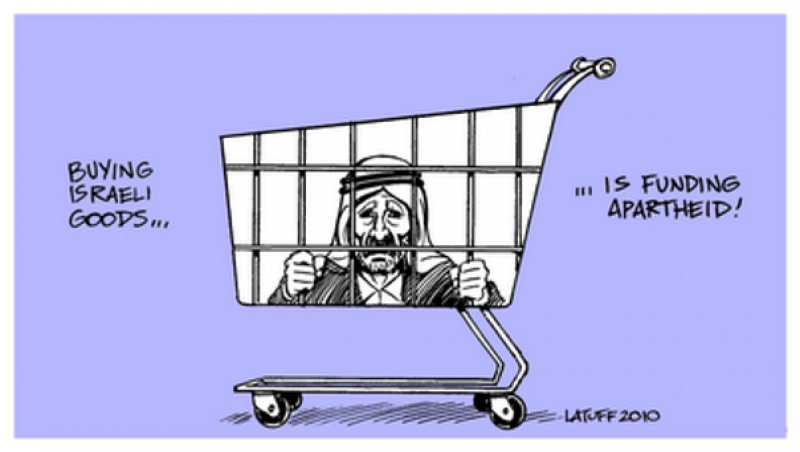 The Palestinian Boycotts Divestment and Sanctions Committee was formed in 2007 and grew out of the need to shape, maintain and steer the BDS campaign, which in turn was developed in response to Israel's complete failure to comply with the 2005 ruling of the International Court of Justice calling for the demolition of the Separation Wall and its related regime. Representing the Global Palestine Right of Return Coalition within the Committee, BADIL has been fully committed to the BDS campaign from its very inception and will continue to strive for a durable solution to the Israel/Palestine situation. Such a solution must be the result of a rights-based approach, and until this is achieved, the BDS campaign must continue.

Boycotts, divestment and sanctions provide a non-violent strategy towards a solution of the conflict based on universal principles set down in international law and in the UN Charter and resolutions. The Palestinian call for boycotts, divestment and sanctions against Israel was released on the first anniversary (9 July 2005) of the International Court of Justice (ICJ) advisory opinion on the legality of Israel's construction of a Wall in the occupied West Bank.

In that opinion the Court said that construction of the Wall constituted breaches by Israel of various obligations imposed upon it under international humanitarian and human rights law. It said Israel should tear down the Wall, repeal and render ineffective related legislation, make reparations for damages, return land and immovable property, and where this is materially impossible, pay compensation. Israeli measures to protect the life of its citizens have to conform with applicable international law. While the opinion is advisory in nature – i.e. it was not a judgment – it was nonetheless a declaratory statement of the law in force by the highest international court.

However, despite the ICJ's ruling, Israel's construction of the Wall has continued at pace, with over 60% of its planned 708km length now completed. Its path is not restricted to the 1967 Green Line (internationally recognized as the border between Israel and any future Palestinian state as part of a two-state solution) but instead strays deep into the West Bank, swallowing up Jewish settlements and encircling Palestinian towns. As such, upon its eventual completion, the Wall will have effectively annexed almost 10% of the West Bank.

Known as 'seam zones', these pieces of land have been designated by Israel as closed military areas, with Palestinian access severely restricted and subjected to an Israeli-controlled permit regime. Statistics suggest that approximately 50,000 Palestinians live in 57 communities within these so-called seam zones,[1] whilst those on the Palestinian side now find themselves living within a walled enclave and subjected to the virtually complete control of Israeli Authorities.

States should do more to uphold the law

Little, however, has been done in the intervening years to obtain Israel's compliance with the ICJ opinion. The United States warned Israel that the Wall “must be a security, rather than a political, barrier”, but when the government of Israel admitted before the Israeli High Court that the route of the Wall in Jerusalem was also designed for political reasons, the US failed to respond. In the past 12 months, the Jewish settler population within the West Bank has grown by over 15,000, but despite words of criticism from foreign governments, there appears to be little concrete desire to demand Israel's compliance with international humanitarian law.

There are certain rights under international law (erga omnes) whose violation by a state imbues obligations on all states to ensure compliance. The ICJ said that the Wall violates two such rights; namely those of self-determination and respect for international human rights and humanitarian law. The ICJ found that the Wall severely impedes the right of the Palestinian people to self-determination, whilst also ruling that Jewish colonies within the Palestinian Territories have been established in breach of international law. For violations of this nature, states are bound to ensure Israel's compliance with international law.

The ICJ could not have been clearer about the obligations of the international community. It said that states must not recognize the illegal situation resulting from the construction of the Wall in the occupied territories; they must not aid or assist in maintaining the situation created by the construction of the Wall; they should prevent any impediment, resulting from the Wall's construction, to the exercise of the right of the Palestinian people to self-determination; and they should ensure Israel's compliance with international humanitarian law.

International actors have 'dropped the ball' when it comes to supporting the rule of law in the Israeli-Palestinian conflict. Local and international human rights organizations have long complained of lack of effective action to uphold and strengthen human rights and humanitarian law in how the conflict is waged and in the parameters for a comprehensive solution. The ICJ advisory opinion on the Wall highlights this gap in stark terms. Civil society actors have therefore 'stepped up to the plate'.

This boycott, divestment and sanctions movement defines the root cause of the conflict, key elements for a comprehensive solution based on international law and a method of non-violent but punitive measures until Israel ends the occupation and colonization of all Arab lands, including the dismantling of the Wall. In addition, BDS recognizes the fundamental rights of the Arab-Palestinian citizens of Israel to full equality; and, respects, protects and promotes the rights of Palestinian refugees to return to their homes and properties as stipulated in Resolution 194.

The key lesson of the South African struggle is that international isolation is expedited by effective internal mobilization and sustained people’s resistance. The challenge facing Palestinian civil society is to build a strong BDS campaign inside Palestine and among Palestinian communities in exile. Efforts to engage Israeli civil society on the basis of universal rights, moreover, must continue and expand.

In July 2008, the Palestinian BDS National Committee (BNC) launched a major new online resource in support of the campaign for boycott, divestment and sanctions against Israel in the form of BDSmovement.net. In the 4 years since its inception, this platform has gone from strength to strength, bringing together news, campaign materials and resources from Palestinian and global activists in a single site to support, coordinate, and provide information, updates and analysis about the international BDS movement.

BDSmovement.net draws on a wide range of actions and initiatives, bringing together Palestinian and international actors striving to strengthen the movement. As a shared space for the exchange of ideas and experiences, it gives an overview of the Palestinian calls for BDS, the myriad of local initiatives and online resources, as well as background information and analyses.

At the center of the site is the Palestinian BDS Call, which has proven to be a watershed for the Palestine solidarity movement worldwide. This call has guided the movement by promoting effective, context-sensitive and proven pressure tactics that people around the world can adopt creatively to contribute to the cause of just peace in Palestine and the region. According to the Call, Israel is to be isolated until it meets its obligation to recognize the Palestinian people's inalienable right to self-determination and fully complies with the precepts of international law by:

1. Ending its occupation and colonization of all Arab lands and dismantling the Wall;

2. Recognizing the fundamental rights of the Arab-Palestinian citizens of Israel to full equality; and

3. Respecting, protecting and promoting the rights of Palestinian refugees to return to their homes and properties as stipulated in UN resolution 194.

The BNC, which is drawn from the major Palestinian political and social forces, mass organizations and unions, was formed to serve as the Palestinian reference and coordination point for the BDS and anti-normalization movement. Its statements are published on the site, setting the agenda for the ongoing campaign. In addition, the site reflects the global nature of the global BDS movement and promotes a range of diverse approaches which are applicable across international borders. As such, the BNC believes that this website will continue to help bridge gap in geographic and jurisdictional terms between BDS activists and find a common ground for global action. This unified approach to the movement forms the backbone of the site's editorial policy.

We continue to work closely with other website initiatives for BDS around the world to ensure that the site brings the efforts together, instead of fragmenting the movement and its resources. The International Coordination Network on Palestine (ICNP) has endorsed the site as a tool to support efforts of networking and coordination. The website content will be developed by activists and organizations both within Palestine and around the world, whilst specific sections have been developed for trade unions and faith-based groups. The BNC urges activists globally to support the site by linking to it, publishing the RSS and sharing information about BDS actions and initiatives for publication on the site. There is already an extensive 'activist material' section to support global BDS initiatives.

BDSmovement.net needs to constantly grow and develop. Different language sections are currently under construction; sections detailing the corporations and companies that support the Israeli occupation are under development. We are hoping that the site will develop into a space where we can identify the targets for BDS on an ongoing basis. The BDS campaign is developing rapidly, and we need the input of Palestinian and global activists to ensure that the site is responsive to the needs of the initiatives developed on the ground.

Ultimately, BDS cannot afford to fail. The status quo is not an alternative, and it is the sincere belief of the BNC that non-violent, punitive measures like boycott, divestment, and sanctions are the most effective avenue for shortening the struggle, strengthening the push towards Palestinian self-determination, and reducing the human suffering of all involved

[1].Three Years Later: The Humanitarian Impact of the Barrier Since the International Court of Justice Opinion. UN Office for the Coordination of Humanitarian Affairs, July 9th, 2007

More in this category: « Metropolitan Aspects of Zionist Organization[1] BNC News Compilation – July-September 2012 »
back to top