The Naqab Battle: A Battle for the Land and the People 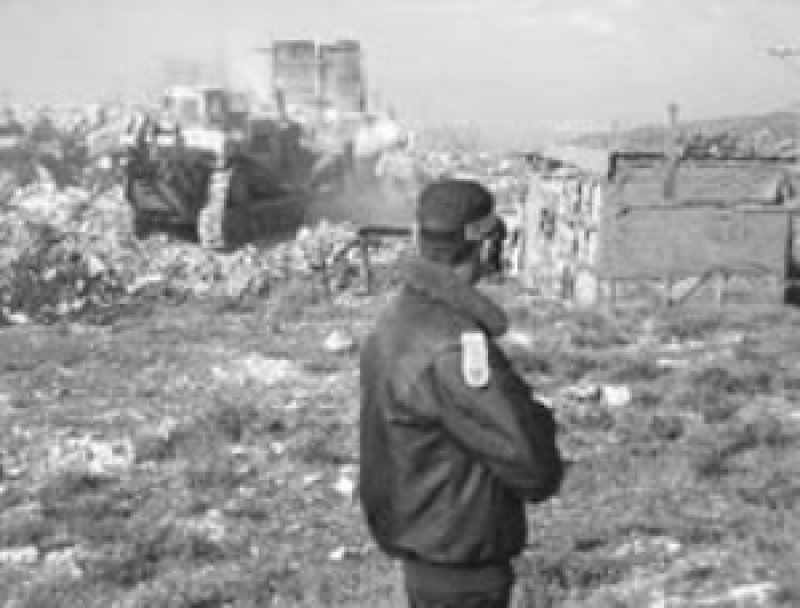 Today there are about 150,000 Bedouin Arab inhabitants of the Naqab (Negev). Half of them live in seven villages recognized by Israel: Rahat, Tel as-Sabe, Ararat, an-Naqab, al-Leqiyah, Shaqeeb as-Salam, Horah, and Kaseefa. The remainder live in some 45 'unrecognized villages' that lack basic necessities such as water, electricity and public services including education and health. These communities suffer (more than Jewish communities) from environmental contaminants emitted by the Dimona nuclear facility, local industrial plants and the many garbage dumps in the area.

The living conditions of the Bedouin inhabitants of Naqab are the worst in Israel. Of the ten poorest towns in Israel nine are Bedouin. They also have the highest unemployment rates. Unemployment among women reaches 94 percent. Illiteracy among men is generally high, especially among the elderly. They have the lowest number of high school graduates. Only 63 percent of Bedouin students reach secondary level education. Drop out rates are as high as 70 percent in unrecognized villages compared to an overall average of 11 percent for Arab students and 6 percent for Jewish students. The infant mortality rate is 17 per one thousand, compared to 5 deaths per thousand for the entire population.

Due to the situation in which the Bedouin live, their social structure has changed to the point where it is no longer a traditional Bedouin nor a village community. Tribal ties, however, continue to play a major role in Bedouin life. But the most important issue that Bedouin Arabs in the Naqab face is land ownership. The issue of land is associated with all the other problems the Bedouin face. It is not possible to reach a long-term solution for the Bedouin without solving the basic issue which is land ownership. They comprise one quarter of the population of the Naqab, but live on less than a quarter million dunums or less than 2 percent of the total area. They have been calling upon Israel to recognize their claims to 700,000 dunums of land, (less than 5.5 percent of the total area of the Naqab).

Shortly after the Nakba, Israel carried out a mass transfer of Bedouin in the Naqab and resettled them in a small area with less fertile land. Alternative properties were not registered in official records in the names of the Bedouin. The state transferred others to the Jordanian border (as a human shield) to block displaced Palestinians, whom Israel considered as 'infiltrators', from returning to their villages and properties. Others were displaced later on. This process was enabled by both collaboration and the ignorance of the traditional leadership.

The issue of land ownership has thus remained a source of dispute between the Bedouin and the state for decades. There has been deliberate escalation of this conflict in recent years. Ariel Sharon’s government established a special search unit, to force the Bedouin (referred to as 'trespassers') off the land where they live. The authorities have also approved a comprehensive plan for “solving the Bedouin issue”. Half of budgeted funds (about half a billion NIS) will be used to level the land and solve the problem of so-called trespassers. The real aim is the displacement of the Bedouin for a second time.

The Israeli Ministry of Justice has formed a special team led by the Attorney General’s office to settle all outstanding land claims, taking advantage of the facts on the ground and the present legal status of the land. The impact of this procedure will be extremely negative. Land threatened under this process includes both past claims and all of the land which the state refuses to recognize as Arab owned. Of the 17 Arab citizens killed by the Israeli “security forces” bullets after October 2000, (i.e. not including the 13 martyrs of October) three were from Naqab – Naser Abu al-Qeaan, Bassam Abu Sbeit, and Ahman Tarabeen.

House demolitions have also intensified. In 2001 for example, the Israeli authorities demolished 18 Arab houses in the Naqab. The number of demolished houses increased in 2003 to 133 homes and to 150 homes in 2004. Even mosques were not safe from the bulldozers. Since 2002, Israeli authorities have invented a brutal new method in their war against the Arab inhabitants of the Naqab using air planes to destroy their crops. The Israel Lands Administration recently admitted to the use of prohibited toxic chemicals for such operations. Chemicals approved by the Israeli Ministry of Agriculture were also used.

In July 2003 Prime Minister Sharon unveiled a new settlement plan inside Israel. It is the largest plan since the construction of the Galilee watch towers in the mid 1970s. The detailed initiative includes construction of 30 new Jewish villages, the majority of which will be built in the Galilee and the Naqab. The objective is to further disperse the Jewish population throughout the country to maintain control of “the land of the state and to defend its borders”. In April 2004 the US gave its support to this project, through generous grants estimated to be in the billions of dollars, as an alternative settlement plan for the Israeli redeployment from the Gaza Strip.

The aim of this displacement plan is expressed most clearly by the final approval of the Law on Public Land (Eviction of Trespassers) Amendment, which grants inspectors of Israel Lands Administration the right to evacuate Arab families from their homes, and their fields without the need for a court order. Although the new law does not mention “the invaders” nationality, it is obvious that it targets Arabs living in the Naqab. This is part of a campaign to strip Arabs of their rights.

It is clear that Israel aims to expropriate more than half of the land that is owned by the Bedouin, concentrate the maximum number of Bedouin Arabs on the smallest possible area of land, and intensify Jewish settlements in return. Despite the miserable living conditions that the Arabs of Naqab suffer, they continue to resist and hold on to their land. Bitter experience has taught them that they can only achieve their rights through confrontation rather than collaboration with the authorities. They have also learned that Israel is still enslaved by its own orientation [as a Jewish state]. Rather than solving the Naqab Arab’s problems, it sees their very existence as a problem that has to be solved.

The Naqab Arabs like the rest of the Palestinian Arabs who live in Israel, are subjected to systematic and racist incitement against their right to live and develop on the land of their ancestors. They are especially vulnerable to the consequences of Israel's demographic phobia. According to Dr. Yitzhak Rabid, Chief of Staff of “national security” in Sharon’s office, the natural increase in the number of Moslems in Israel represents a social and economic threat because Jews provide US$ 3000 per year for every newborn Moslem child, which is equal to the average individual gross national income in Egypt. At an annual policy conference in Herziliya in 2003, Rabid called for strict control on births in the Arab sector. According to Rabied, “the maternity rooms of Soroka Hospital in Beer Sheva have become a factory for the retarded people”

On 30 March 2002 the Palestinian Arab population commemorated the 26th anniversary of Land Day, with a national festival in the Naqab. That came in response to a call by the Arab Higher Follow-up Committee to reaffirm the importance of the issue of land in the Naqab. The festival was followed by a campaign of a arrests and interrogations that targeted the activists in the Naqab. Criminal charges were brought against three Arabs accused of “incitement and disobedience” and “supporting a terrorist organization”! The prosecutors resorted to fraudulent evidence to prosecute them, including copies of video tapes of a statement by the former government’s legal advisor (the present Supreme Court judge Elyiakim Rubinstein). Charges against the three activists were recently dropped in the Beer Sheva court.

It is clear that the Israeli government is agitated by the increasing national awareness among Arabs in the Naqab. This awareness is reflected in the decreasing number of the Bedouin Arabs who join the Israeli occupation army. Once again the government is taking advantage of the current political situation and the suffering of our people, after the Black October (2000) to de-legitimize our rights, and to intensify their control. They have also sought to increase their control over the educational system. Arab Bedouin soldiers are brought to school campuses in their military uniforms, for example, in order to present them as role models. Arbitrary actions are taken against patriotic teachers, and the attempts have been made to terrorize and suppress the leaders of the student movement in Ben-Gurion University in Beer Sheva.

The issues affecting our people in the Naqab were never off the agenda of the Palestinian Arab public in Israel but lately these issues have occupied a larger space. We view this as a positive development. It is associated with the fact that a large and influential part of elected representatives, academics and educated people in the Naqab are totally convinced that the struggle of the Naqab Arabs is an inseparable part of the daily struggle of the Arab citizens in general. We all face the same policies even if our situations look different. Neglect by political parties and movements active in the Arab sector resulted in a political vacuum which has been filled by different societies and organizations. This has been true for many of our national issues, but it is most obvious in the Naqab.

We have to work to bridge the current state of alienation. In the case of the Naqab, geography plays a central role. The government has invested major efforts to erase the single geographic national dimension when it comes to issues affecting the Naqab Arabs utilizing a policy of 'divide and rule'. They insist on dealing with us as “minorities”: Moslems, Christians, Bedouins,.. etc. We have to end the unfortunate state of disinformation among Palestinian Arabs in Israel about the Naqab issues through direct communication. It is said “seeing is believing”. We have pointed to the resistance of the Naqab Arabs and to their effort in confronting plans for Judaization of the Naqab. This battle has not ended, it still requires us to provide the strongest possible political support at the public, parliamentary, and institutional levels, in order to strengthen resistance and to defuse the plan of turning the Naqab into a Jewish land, as well as the plans confiscate the only remaining land reserve for Arab citizens within the state of Israel.

Raja Za’atri is editor of the Arabic newspaper al-Ittihad published in Haifa.

More in this category: « “Palestine Does not Have to Bargain to Obtain its Human Rights” Baqqara and Ghaname of Palestine: A saga of displacement »
back to top