Highlighting 1948 Dispossession in the Israeli Courts 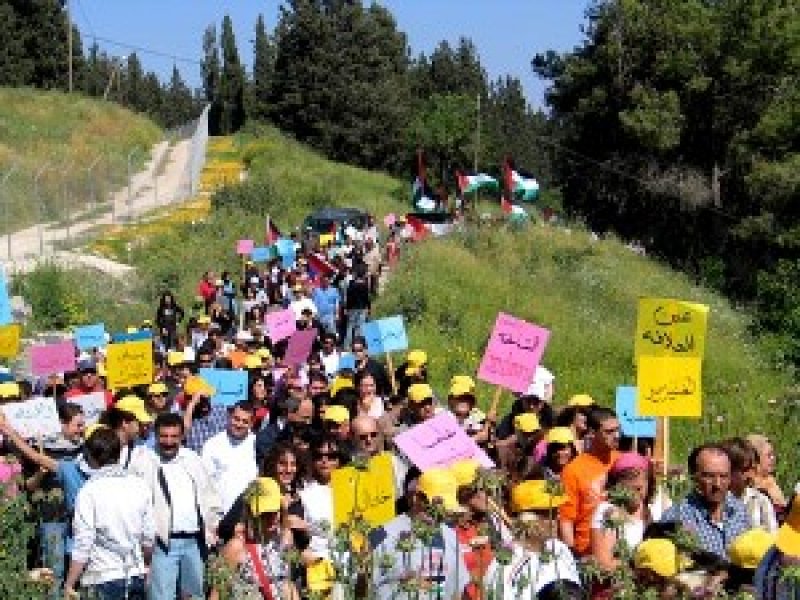 Lying at the foot of the plain of Marj ibn Amr, an ancient crossroads where the road from Haifa and Lebanon crosses the Damascus to Cairo thoroughfare, the village of al-Lajjun has a long history of political significance. In 1516 when the Ottomans took the area from Mamluk control, Lajjun was one of five district (liwa) towns in Palestine. During the British Mandate villagers played a significant role in the Arab Revolt–the anti-colonial struggle of 1936-1939. This legacy of resistance is proudly remembered by today’s villagers fighting a legal battle from their position as internally displaced only 6 kilometers down the road.

After al-Lajjun was occupied by the Israeli Golani Brigade in 1948, around 80% of over a thousand villagers were displaced to Umm al-Fahem where they remained. At first part of a Jordanian West Bank, the town came under Israeli occupation a year later following the 1949 Rhodes agreement. The Lajjun villagers became Israeli citizens still unable to return to their village. Umm al-Fahem today functions as the unofficial capital of the Triangle, a densely populated Palestinian area in Israel, positioned with the West Bank on its eastern border and Jewish coastal towns to the west.

Following the Nakba, many groups of internally displaced Palestinians with Israeli citizenship held out hope that the new Jewish state would allow them to return to the lands from which they fled in fear. Many groups of villagers – from Saffuriyya, Ghabsiyya, Kufr Bir’im and Iqrit – attempted to pursue the case of village lands through the courts. By the mid 1950s however most had had cases dismissed or had witnessed military authorities blatantly disregard the orders of the courts, thus people despaired of pursuing the legal route.

Today Kibbutz Megiddo sits on the land of al-Lajjun and almost all of the original buildings have been destroyed. When a previous mayor of Umm al-Fahem complained that the kibbutz was using the village mosque as a carpentry workshop, the kibbutz sealed it up and surrounded it with mounds of earth preventing any possible visitors or renovation. The cemetery still exists, with the tomb of Yusef al-Hamdan, a prominent fighter of the Arab revolt clearly visible, but villagers cannot enter in large groups for visiting or renovation, having to settle instead for a quiet visit on Jewish holidays when it is hoped no kibbutzniks are around.

Cases pursued in a legal forum today usually relate to appeals for access to and protection of holy sites, but in the case of al-Lajjun, villagers have continued to struggle over rights to a section of village land. Adalah: The Legal Center for Arab Minority Rights in Israel is supporting the struggle of a group of 200 villagers to attempt a legal challenge of the 1953 confiscation of 200 dunams of village land.

The 200 dunam plot which is the subject of the current campaign was confiscated along with other plots of land totaling 34,600 dunams by order of then Minister of Finance (later Prime Minister) Levi Eshkol in 15 November 1953. This procedure was undertaken invoking Article 2 of the Land Acquisition Law, facilitating confiscation for ‘essential settlement and development needs’. Adalah points out that today the specific piece of land is covered by Israeli planted forest and an industrial facility owned by the Israeli water company Mekorot. After years of struggle, in March 2007 the Nazareth District Court rejected the lawsuit, accepting the argument of the Development Agency that the land had been used for settlement purposes in the broadest sense of the word. In response Adalah filed an appeal to the Supreme Court, claiming the land was never used for such purpose.

Muhammad Fayed, chair of the al-Lajjun Cultural Association explains how the villagers first brought the case to court. In 1990, when legal ownership of another part of al-Lajjun land came into question, the government distributed forms amongst families in Umm al-Fahem. The documentation required a signature registering certain portions of land as theirs, so that the government could officially disburse ‘compensation’ and thus claim that the land was legally purchased, not confiscated. If the al-Lajjun residents refused to sign the order they simply would not get compensation and the government would keep the land anyway.

In that case one extended family decided to sign and accept the compensation however reduced, whereas another family refused to accept the terms and received nothing. It was at this point, on seeing the form that his late father received, that Fayed, a second generation refugee, decided that the community must act collectively to challenge this issue. He discovered a number of people keen to do this, and thus the al-Lajjun Cultural Association was formed, building their own historical records of ownership and determined to challenge further government strategies to cheat villagers of their supposed rights as Israeli citizens. Thus when the issue of the second piece of land came around, villagers were ready to fight collectively through the courts.

This April the village hosted the annual Nakba Day March, an event that saw thousands of al-Lajjun refugees gather with others from across the country to walk through the fields and gather at the site. Seeing the interest that the court case stirred, Fayed and the others on the committee are determined to instill a motivation to action in a younger generation, not an easy task in a society where the impact of Israeli domination and control is visible at all levels of social, cultural and political life. While a booklet was distributed at the march, Fayed is working on a longer publication about the history of the village. Born in 1955, he himself never lived in the village, but his meticulous research amongst the elders of the community has provided him with the names of springs and wells and sites which he is plotting onto a map of the village lands, names long since wiped from Israeli cartography.

Muhammad Fayed is also working to secure a location in Umm al-Fahem to create a model of the old village that could act as a site for educational visits. A group of volunteers are currently working to get permission from local head teachers to hold sessions in Umm al-Fahem schools. As is the case for all Palestinian refugees, the group knows that the fundamental hope of the community rests not in results of one particular legal struggle, but in educating the new generation to struggle for their basic rights, the right to have access to their ancestral land of which they were unlawfully dispossessed.

More in this category: « For the Sake of Dignity 1947 Partitions Revisited »
back to top