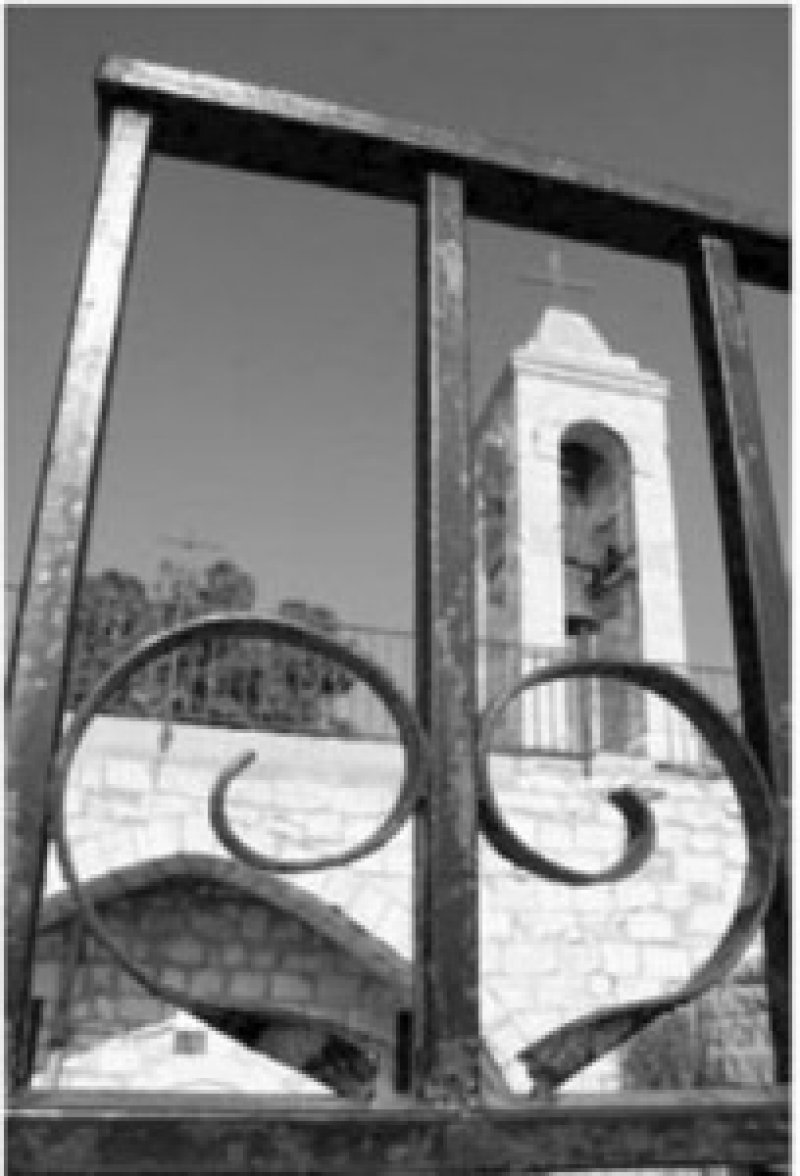 The editors have asked me to address “the role of the church in constructing and de-constructing colonization/apartheid in Palestine.” I’ll narrow this topic somewhat by focusing on Western Christianity, as it has been most complicit in the colonization of Palestine. I will not discuss, but instead will note upfront, the important role that the Palestinian churches and church-related organizations have played and continue to play in countering the dispossession of the Palestinian people.

Most recently, for example, some Palestinian church-related organizations have been active in the Palestinian civil society call for boycott, divestment, and sanctions, or BDS. I will also not examine the complex relationship of Christianity in the global south to Zionism and the anti-colonization struggle in Palestine.

The simple thing to do would be to contrast two phenomena within the Western Christian world. On the one hand, one has Christian Zionism, with its luminaries (e.g., Jerry Falwell, Tim LaHaye, Pat Robertson), political action committees (such as the recently announced initiative to create a Christian equivalent of AIPAC to lobby the US government), and pop culture (for example, the wildly popular Left Behind novels). All components of Christian Zionism are informed by a particular theology (termed premillennial dispensationalism) that reads the biblical story as pointing towards an apocalyptic end of history in which the founding of the State of Israel and the in-gathering of the exiled Jewish people plays a decisive role in precipitating the last battle of Armageddon in which the anti-Christ/Satan is decisively defeated.

In such a theological vision, Palestinian aspirations and rights are at best irrelevant and at worst obstacles to apocalyptic triumph, obstacles whose removal would be fortuitous.

To Christian Zionism one could contrast efforts by various Christian bodies (the Presbyterian Church-USA, the Anglican communion, and more) to explore “selective divestment” as a tool to pressure Israel to end its military occupation. These Western churches have ties to the Palestinian church and have been moved by their Palestinian co-religionists to work for justice. Or could contrast Christian Zionism with the efforts of an ecumenical advocacy organization such as the Churches for Middle East Peace (CMEP) which includes a variety of Protestant, Catholic, and Orthodox organizations. While Christian Zionists insist that all of Palestine is the exclusive patrimony of the Jewish people, CMEP advocates for an end to occupation and a just two-state resolution of the Palestinian-Israeli conflict. Although, CMEP, unlike some of its member churches, has assiduously avoided association with BDS initiatives, perhaps fearing that promotion of such initiatives would harm CMEP’s effectiveness in its “inside-the-Beltway” context.

This contrast, however, would fail to get at root questions that Western churches need to address. The lobbying of Christian groups like CMEP for an end to occupation and a two-state solution and the tentative engagement of Christian churches with BDS initiatives, are preferable in comparison to the lurid and arguably heretical theology of Christian Zionism. What is missing from CMEP advocacy work or in the resolutions calling for an exploration of selective divestment, however, is any sustained discussion of Palestinian refugees. One finds precious little mention of Palestinian refugees, let alone refugee rights of return and restitution in CMEP’s writings or in the Middle East resolutions of mainline Protestant churches.

The reasons for this omission are various, but I would argue that a fundamental reason is that facing the Palestinian refugee issue forces the church to take a position on Zionism and about Israel’s character as a Jewish state. Support for a two-state solution is comfortable for many Western churches, because it allows them to say, “We affirm Israel’s right to exist, we affirm Israel’s legitimacy as a Jewish state, we’re simply against the occupation.” Calls to end the occupation fit neatly in to this framework, where as advocacy for refugee rights does not. Palestinian refugees and Palestinians living inside Israel thus fade from view.

Two recent statements arising from Christian-Jewish dialogue initiatives exemplify the reticence of Western churches to undertake a thoroughgoing critique of Zionism. One comes from a Catholic-Jewish conference held in Buenos Aires in July 2004 and the other is a May 2005 report emerging from a series of Jewish-Protestant conversations at the University of Chicago. Both statements follow the same line of reasoning: to question Israel’s military occupation, with its attendant human rights abuses, might be legitimate, but what falls beyond the pale of acceptable criticism are questions concerning the justice of the foundation of the State of Israel or the Zionist project of establishing and maintaining the Jewish character of the state. The Buenos Aires statement declares a “rejection of anti-Semitism in all its forms, including anti-Zionism as a more recent manifestation of anti-Semitism.” The report emerging from the conversations at the University of Chicago cautions that ‘those who criticize Israeli policies should take care to ensure that such criticism not threaten Judaism, the Jewish people, or the legitimacy of the State of Israel.”

The Christian participants in the Chicago dialogue—whose liberal theological orientation is far removed from the fundamentalist orientation of Christian Zionism proceed to affirm as an “act of justice the establishment of a Jewish state after two thousand years of Jewish exile, wandering, and homelessness.” The document thus draws on biblical imagery concerning the pain and anguish of exile, affirming the “Jewish state” as the antidote to homelessness. Such an approach both mirrors the standard Zionist “negation of the diaspora” (shelilat ha-galut) and appears to assume without question that the only political alternative to “exile” is exclusivist, nationalist sovereignty.

Both statements thus warn that critiques of Zionism and of the “legitimacy of the State of Israel” are akin to anti-Semitism. While “anti-Zionism” is left undefined, Zionism is implicitly defined by these statements as the movement to establish “a Jewish state,” so anti-Zionism must therefore be understood to be a theological or political position that at least questions if not opposes the justice of establishing and maintaining a “Jewish state.” From this perspective, recognizing the State of Israel’s “legitimacy” is bound up with recognizing it as a “Jewish state.” A reader of these documents is left with the understanding that Christians, while they might criticize particular Israeli policies or actions, should affirm Zionism and recognize the justice of “the establishment of a Jewish state.”

However, the term “Jewish state” is left undefined. In contemporary Israeli political discourse, the question of the Jewishness of the Israeli state is repeatedly tied to questions of demography. Proponents of the “disengagement” plan and of the Wall argue that “separation” from Palestinians is required in order to protect Israel’s Jewish majority from the demographic threat represented by Palestinians in the Occupied Territories. Israeli officials, meanwhile, when arguing against Palestinian refugee return, routinely describe calls to allow refugee return as attacks on Israel’s character as a “Jewish state.” In the terms of this political discourse, Israel’s identity as a Jewish state was and continues to be tied to the creation and maintenance of a Jewish demographic majority within particular territorial boundaries.

If the “Jewish state” and Zionism are understood as projects to create and maintain demographic and political hegemony over a particular territory, then the following conclusions would flow from the Chicago and Buenos Aires critiques of anti-Zionism and affirmations of the “justice” of Israel as a “Jewish state.” First, the expulsion of hundreds of thousands of Palestinians (Christians and Muslims) from their homes and villages in 1948 was, if tragic, also necessary. If Zionism meant creating a state with a Jewish majority in historical Palestine, and if one affirms Zionism as a just vision, then one must view some form of “transfer” of Palestinians from their homes as imperative, even just. Second, it follows that any return of these Palestinian refugees that would undermine this Jewish majority must be prevented. The logic of the Chicago and Buenos Aires documents falls in line with the Israeli characterization of calls for refugee return as anti-Semitic threats to Israel’s Jewish identity.

I believe that Western churches need to become much more vocal than they have been regarding support for the rights of Palestinian refugees. Such support will require not being cowed by accusations that one is anti-Semitic for supporting refugee return. Even if the Western churches continue to ignore Palestinian refugees, realities on the ground will make avoiding a critical examination of Zionism progressively more difficult. Israel’s unilateral separation plan writes the epitaph for a two-state solution based on the 1949 armistice lines and shows how the State of Israel has effectively hijacked the rhetoric of the “two-state solution” to create a clear apartheid system in the Occupied Territories. With the demise of the two-state solution, Western churches serious about working for a secure future for Palestinians and Israelis (for a future identified by the prophet Micah as a day when people will live secure under vine and fig tree, with no one to make them afraid) will have to move from advocating for two states to advocating for the dismantling of Israel’s apartheid structures throughout Palestine/Israel. Such advocacy necessarily addresses the dismantling of legal and political structures that prevent Palestinians from returning home.

More in this category: « 1948in Palestine and South Africa In Search of Protection: Palestinian Refugees Fleeing Iraq »
back to top