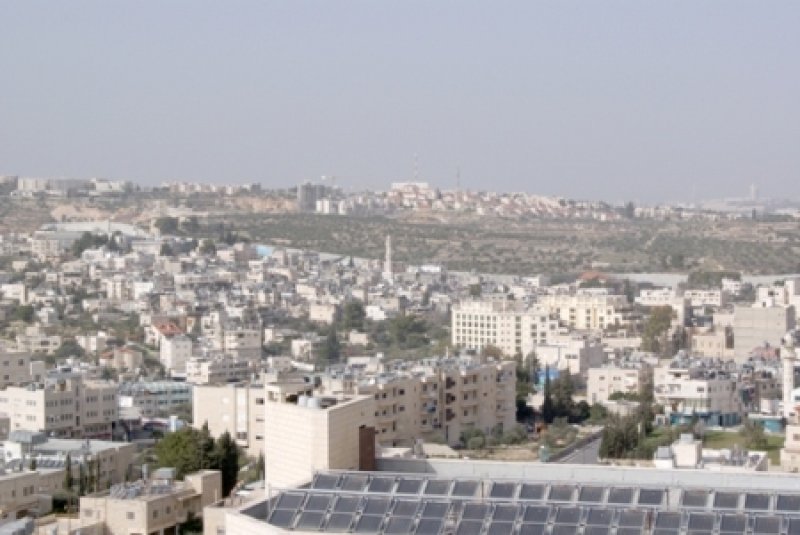 On the other hand a less spectacular but not less significant process has continued: the Jewish settlements sprawled on, growing in both number and population count, the construction site of the Wall snaked on, almost complete, strangling Palestinian communities like a closing trap. New military checkpoints and outposts have been built, separating cities and villages, the people of Palestine from access to and even vision of their landscape. Almost nothing recognizable is left of the Palestine into which a 42-year-old Palestinian was born. Here the landscape and the built environment are not a panoramic allegory for power relations. This landscape does not only signify or aestheticize power relations, but is the medium of a constituted power. This landscape is not just the site of war, but its very tools.

It is the relation between these two types of transformation – the mediatized punctuating event of spectacular violence – bombing, assassinations, rocket fire, bulldozers (that for most people seem to have appeared from nowhere) – and the more processual and slower events – building, paving, tunneling – not less violent and destructive, that the book seeks to uncover. The crimes of landscape are less obvious and harder to measure. They require a different order of forensic investigation. But the two types of violence are related and they surely interact.

The spatial conflict over Palestine has re-articulated a certain principle: to be governed the territory must be constantly redesigned. This goes beyond a search for a stable and permanent “governable” colonial form, but rather points to the fact that it is through the constant transformation of space that this process of colonization has played out. Unpredictability and the appearance of anarchy are part of this violent logic of disorder. Violence is a kind of performance that does not take place within the fixed grids of space but actually reshapes it.

The nature of the transformation of the built environment includes the complementary acts of strategic form making: construction and destruction. For example, the recent, massive destruction of homes in Gaza could be understood as the reshaping of the built environment. It was indicative that Israeli politicians were speaking about the how of “reconstruction” in Gaza while ordering the murderous bombing to continue on the people least protected in this world. The furious violence of Israel’s attack left 1,400 people dead and 20,000 buildings, about 15% of all buildings in the Gaza Strip, either fully or partially destroyed.

Destruction, so the Israeli government imagined, is to be followed by development attempts that combine welfare and architecture to replace the refugee camp with “housing projects.” One of the aims is to break the historical, spatial and social continuity of the refugee camp and with it the collective political identity of the refugee, which is seen as the biggest threat to the current political order.

If, as the last example demonstrates, politics is registered in the contours of spaces, than formal and topological analysis, such as the one undertaken in this book, are important components to help comprehend political and military processes otherwise hidden because of their slower temporalities. I think of this book as a forensic investigation, but not in the sense that fatalistic terms such as “urbicide” imply - it’s not an autopsy of a dead body – its subject is still very much alive and twisting under enormous pain.

It would be too easy to say that the events that have taken place since the book was written have validated its analysis, but I would like to think that the history of the occupation – told from the point of view of space – holds the key to understanding the complexities of our present but also the possible contours, as blurred as they may be, of a future. In the description of the crimes performed on the environment – the very milieu of physical and cultural life – there is also a disguised love – a love not directed at a state but at a country and its peoples, and even a shameless modicum of unextinguished hope, a hope that the power and beauty of the land would be strong enough to resist the ongoing attempts at its partition and that politics would gradually grow to accept the fundamentals of sharing and equality between two people on a single land.

More in this category: « Book Review: Eyal Weizman's Hollow Land A Primer for Policymakers - Book Review of Dumper's The Future for Palestinian Refugees »
back to top