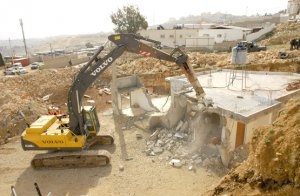 As the Director of the Israel Committee Against House Demolitions (ICAHD) for the past 14 years, I am intimately familiar with both Israel’s stated policies regarding the Occupied Palestinian Territory and its population, and its actual practices “on the ground.” Since my expertise lies primarily in the area of house demolitions, I would like to focus in particular on two articles of the Apartheid Convention: Article II(c) concerning measures calculated to prevent a racial group or groups from participation in the political, social, economic and cultural life of the country and the deliberate creation of conditions preventing the full development of such a group or groups, in particular by denying to members of a racial group or groups basic human rights and freedoms, including…the right to freedom of movement and residence; and Article II(d) regarding measures designed to divide the population of Israel/Palestine along racial lines.