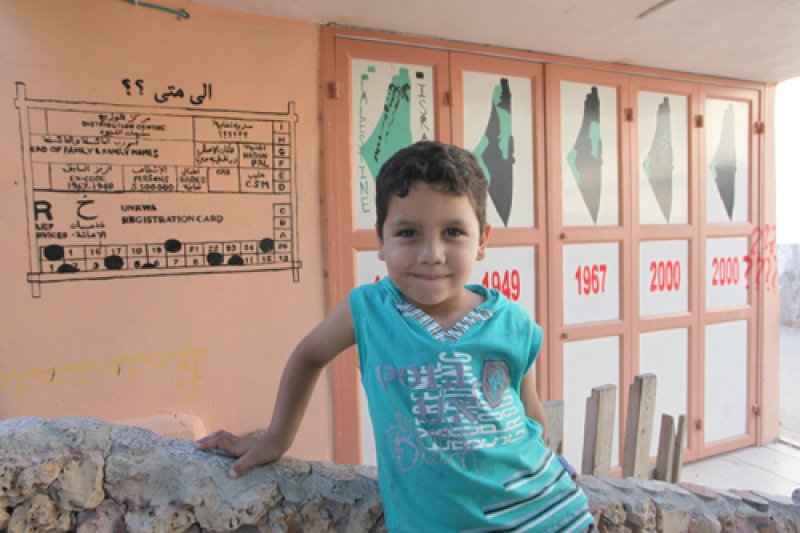 The peace process inaugurated in October 1991 in Madrid was intended to achieve a comprehensive peace between Israel and the PLO and Arab states through the “Land for Peace” formula in which Israel was to make room for a Palestinian state in the 1967 Occupied Palestinian Territory (OPT) in exchange for recognition and the normalization of relations. Whilst the Madrid Conference itself did not produce an agreement, it effectively signaled the end of the first Palestinian intifada (uprising) and set the ball rolling for a process which would subsequently lead to the signing of the Declaration of Principles between Israel and the PLO in 1993, the establishment of the Palestinian Authority (PA) and inauguration of the U.S.-sponsored peace negotiations as the primary vehicle by which Palestinian rights were to be realized.

Despite these negotiations and the positive dynamics they were said to initiate, for Palestinians, the process has meant a growing encroachment of illegal colonial settlements and confiscation of their land, a marked increase in the restrictions of freedom of movement, their confinement in fragmented, bantustan-like “Areas A and B” comprising no more than 40% of the West Bank, the segregation of occupied East Jerusalem, the blockade of the Gaza Strip and the entrenchment of the systematic racial discrimination to which Palestinians are subject both in Israel and the OPT. Israel, on its part, has used the cover of negotiations to establish substantial economic, military and diplomatic relations with numerous Arab states whilst pursuing, in blatant violation of international law, its grand policy of population transfer against the Palestinian people with the aim and effect of altering the demographic composition of the OPT, including occupied East Jerusalem, as well as of areas located within its borders.

As a result, an estimated 129,000 Palestinians in the OPT have been forcibly displaced since 1967,[4] with over 80,000 displaced as a result of the 2008/09 Israeli attack on Gaza.[5] Forcible displacement is ongoing due to Israel's incessant demolition of Palestinian homes, military operations and other practices aimed at dispossessing and displacing them. Those who have remained steadfast in their homes face a more precarious situation than ever before with communities in the path of the Wall (498,000 in 92 communities), Palestinian Bedouins, Palestinians residing in the Jordan Valley, Eastern Jerusalem, Hebron, Southern Gaza and the Gaza Strip “buffer zone” all at imminent risk of displacement.[6] Moreover, intentionally ambiguous military orders have been issued in the OPT, the vagaries of which provide Israel with a 'legal' framework to facilitate the wholesale expulsion of nearly all Palestinians residing in those areas.[7]

Palestinian citizens of Israel too are victims of systematic forced removal from their ancestral lands and places of residence. As the world celebrated the holiday season, Israel spent Christmas time demolishing the homes of Palestinian families in Lydd displacing 67 members of the same family, whilst in the Naqab, the unrecognized Bedouin village of al Araqib, one of dozens of villages in the area slated for demolition, has been destroyed for the 18th time. In addition, Palestinian citizens of Israel face a raft of new discriminatory policies, currently at various stages of the legislative process, which supplement Israel's apartheid system with features reminiscent of petty Apartheid in South Africa.[8]

The neglect of refugees has been most prominent in relation to refugee exclusion from the peace process, a period during which refugee involvement in the decisions affecting their lives is indispensable. In contrast to many other conflict situations where refugee participation was ensured at the early stages of peace making, no mechanism has been established for the participation of the exiled Palestinians refugees in the peace negotiations since 1991 or their active involvement in the Palestinian body politic since 1994. For Palestinian refugees, therefore, the peace process has meant no more than the occasional statements of Palestinian leaders which reaffirm the rights of the refugees, while no Palestinian strategy is in place for putting these rights into practice, and no platform is available for effective debate about strategies required for their realization.

For the estimated five million Palestinian refugees[10] exiled to Arab states, the past 20 years have been a continuation of a precarious and uncertain existence. Whilst the three major Arab host states, alongside UNRWA, provide limited and varying access to public services to their Palestinian refugee populations, they do not pursue an active development strategy for Palestinian refugees arguing that this serves to prevent their permanent settlement. Whilst the ostensible purpose of this policy is to “support the Palestinian right to return” by helping to maintain the refugee community as a collective and “protect their national identity”, the consequences are that Palestinian refugee communities in many Arab countries face, often severe, discrimination as host states ignore the provisions of the Arab League's 1965 Protocol on the Treatment of Palestinians (Casablanca Protocol), violate their obligations under customary international law and human rights treaties to which they are signatories, and do not abide by the standards of the 1951 Convention relating to the Status of Refugees, which most Arab states have not endorsed.

As the previous and current issues of al-Majdal show, such contempt for refugee rights has often paved the way for the forced expulsion of Palestinian refugees, and for their abuse by Arab governments as pawns in the achievement of regional geopolitical interests. In this issue, we continue to look at incidents of forced secondary displacement in/from Arab host states, including the plight of Palestinian refugees from Iraq now living in Chile, an interview with Bassem Sirhan regarding the expulsion of Palestinians from Libya in 1994-1995 and an interview with lawyer Anis Qassem regarding the complex legal status of Palestinian refugees living in Jordan and policies that lead to their displacement. Included in this issue is also a photostory from the occupied and blockaded Gaza Strip about the ongoing displacement of Palestinians caused by Israel's 2008/09 military assault.

The tragic incidents and stories of Palestinian refugees covered in these two issues of al-Majdal have occurred mainly because the United Nations and its members have lacked the political will to challenge Israel's policy of forced population transfer and to protect Palestinian refugees as part of a people entitled to self-determination and return. Irrespective of the fact, that the UN has long recognized these rights, little has changed since May 1949, when the UN General Assembly, in response to U.S. pressure, resolved that “Israel is a peace-loving State which accepts the obligations contained in the Charter and is able and willing to carry out those obligations,” and welcomed Israel's membership in the United Nations in a step which undermined parallel UN-led efforts for refugee return and comprehensive peace between Israel and Arab states.

The marginal importance placed by the international community on protecting the rights of Palestinian refugees in the context of peace making is evident in the limited powers afforded to UN agencies mandated to provide assistance and protection them. The UN Conciliation Commission for Palestine (UNCCP), the agency established in 1948 to provide protection for Palestinian refugees and facilitate comprehensive peace, has long been de-activated and de-funded; it merely publishes a one-page annual report stating that “it has nothing new to report” and neither UNRWA nor UNHCR have been mandated to search for just and durable solutions for all Palestinian refugees. In a situation where the UN Security Council and dominant UN member states do not promote their rights to return and self-determination, this means that Palestinians are without an effective agency to provide protection of these rights.

The staggering balance sheet of 20 years of failed peace making highlights the need for a new, rights-based approach that puts protection of the inalienable rights of the Palestinian people, including its refugees, and Israeli accountability, at center-stage. As under Apartheid in South Africa, no progress can be achieved as long as Israel's oppressive regime is permitted to prevail and no negotiation process can succeed so long as it focuses of which subset of rights Israel is willing to concede to Palestinians rather than on how Palestinians' inalienable rights are to be realized. The pieces included in the document section at the end of this issue of al-Majdal, including an update on recent achievements of the Palestinian civil society-led Campaign for Boycott, Divestment and Sanctions (BDS) against Israel until it abides by international law, and illustrates ongoing efforts in this regard.

More in this category: The Goldstone Report: Palestinian victims and human rights held hostage to politics »
back to top