A Tale of Two Generations 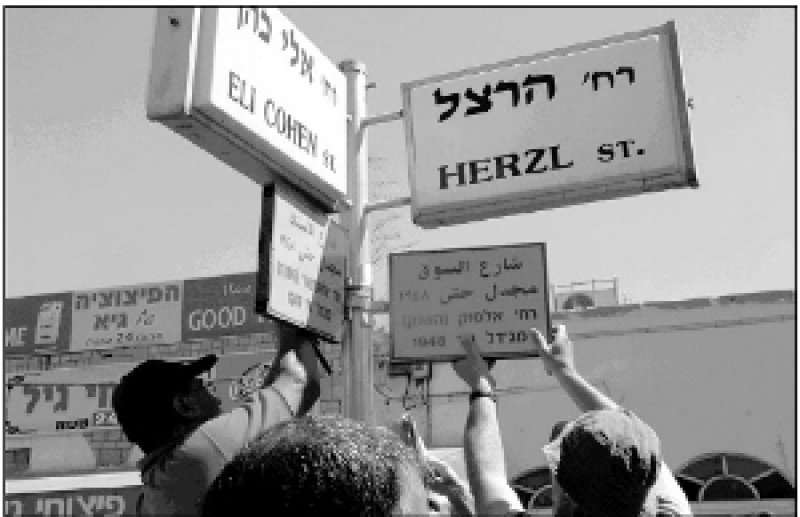 I am a Palestinian refugee, born in one of the refugee camps in the south of the Gaza strip. Khan Younis was my home - from there I have my memories. As a child, I did not think or even care about knowing my origin, although I had heard my parents and my grandparents mentioning the word “Al-Majdal”. But to me, Al-Majdal meant nothing, an illusionary place with special memories for my parents. One day this changed: Our teacher at school asked us, his students, to write an essay about our origin place of birth. At home, I told my father about my homework, and he was very anxious and exited – finally he had been given the chance to tell me about his own treasure. He asked me to prepare myself to write his story.

With words full of passion, grief, sorrow, and a sensation of loss, my 70 years old father spoke about our home town Al-Majdal. With his strong voice, full of pride, my father sounded like a man talking about his beloved ones. Unable to follow his words, I stopped writing, but continued listening to the flow of words about his dear country- his own Paradise where people were happy and lived a simple life.

The next day, my teacher asked me to read my essay for the class. I took my courage in both hands, and slowly started to tell my father’s story. While doing so, I realized a new feeling inside myself – a craving feeling of pride and passion about my origin.

Later, in 1998, I got the chance to visit my home town. One day, when I was traveling back to Gaza from Tel Aviv where I had collected a visa at the American Embassy in order to visit my brothers in the U.S. (at that time it was possible to travel to Tel Aviv), I saw Al-Majdal for the first time. Is till remember very clearly arriving in Al-Majdal; my heart was beating so quickly; I was so happy and my body was shaking. I tried to remember my parents’ words about their lost home; the fig tree under which they could find peace, the mosque in the center of the city, and the sweetest fruits of the fig tree which they will never forget. I was concentrating to remember all what I saw so I later could describe it to both my parents. When I first entered the city, there was a mosque, with several arches, where the Israelis turned it into a coffee shop, blacksmith, and bar. Another house, with its old architecture was on the left side, I wished at that time that the walls of these buildings could speak, and could tell me who was the real owner of this land.

At home, my parents were anxiously waiting for me. They did not care about my trip, or my interview at the embassy, but only about Al-Majdal: “what did you see? Is everything still the same? Is the mosque still there?” asked my father breathlessly. “Yes “I said, I felt the loss, grieve and desperation in their tones. I told them that the mosque is still there, and its arches were turned into shops, father was very sad to hear that. I wished that I could take them there, but unfortunately, this was impossible. Father continued, is the minaret of the mosque still as it was? Yes I answered. Father added that the voice of the Muezzin reaches the sky.

Years later, while working with UNRWA, my father asked me whether my supervisor, who was an international living in Ashkelon (Al-Majdal), could take some photos of Al-Majdal. My father was eager, like a child begging for a toy, to know whether his home was still there. I then realized that my parents are both wondering what it would be like to return or at least to visit their home town; they fear that they will die before having returned to their lost homes, as happened to my grandfathers.

I called father days a go to recall these memories, he says to me that the only thing that he wants to see, is his old house, with the palm tree where they used to distribute its palm every year to their relatives and friends.

Al-Nakba is about fleeing our homes and all the subsequent pain and suffering; but more importantly, Al-Nakba is also about passing this tragic memory from one generation to another - from grandfather and grandmother, to mother and father, to daughter and son - without any hope of peace and return. But will my children share my feelings about Al-Majdal. Will they share the same memories? Or will Al-Majdal only be words for them detached from any importance, any feelings?

More in this category: « The Power of Memory 42,000 HOMES ON THE DEMOLITION LIST »
back to top