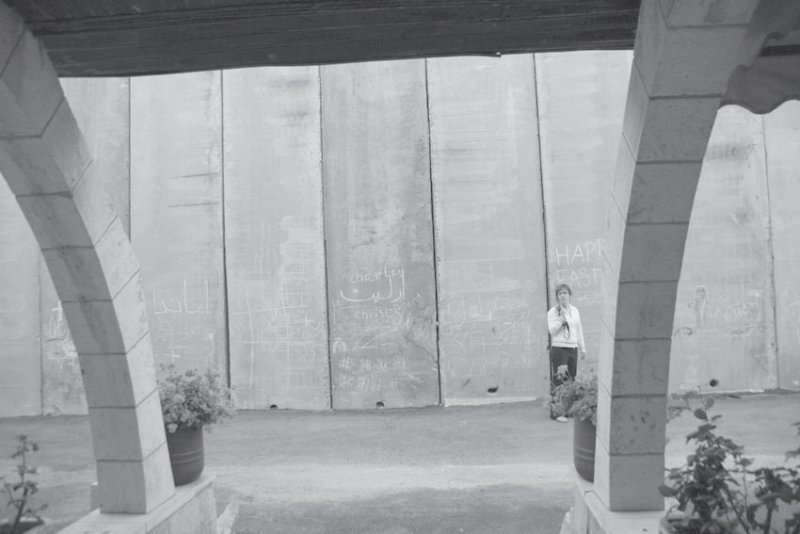 This article argues that the Israeli High Court has used this opportunity to legalize the Wall and its regime by upholding the security argument advanced by Israel. Through its rulings, the High Court has “advised” the respondents on how to correct ‘technical’ mistakes made by the planners of the Wall, such as a lack of “agriculture gates” for Palestinian farmers (Beit Surik case),(1) which in fact, has helped diminish the pressure put on Israel by the International Court of Justice (ICJ) advisory opinion on the 9th of July 2004, which found the Wall in the occupied territory to be illegal. The High Court also took the opportunity to attack the credibility of the ICJ by stating that the International Court (not like the Israeli HC) based its ruling on “partial information”and that it should have examined the legality of each sections of the Wall and not the legality of the Wall itself (Alfe Menashe case).(2)

On the one hand, the Israeli High Court has never accepted the arguments against the legality of the Wall raised by Palestinian claimants. On the other hand, it has almost unconditionally accepted the legal and discretionary powers of the area commander to build the Wall and the security arguments brought by the government. At best, the Court questioned the route chosen and requested the planners to re-route the Wall, but fell short of examining the legality of the Wall itself. The Court’s analysis contradicts statements made by a number of Israeli officials stating that the Wall is the future border between Israel and the ongoing internationalization and privatization of the checkpoints or ‘mega-terminals’ built within the Wall.(3)

Except for two,(4) all cases brought after Beit Surik were dismissed by the Court. As of February 22, 2007, review of 64 petitions submitted by Palestinians(5) to the Israeli High Court regarding the Wall revels the following: 47 were dismissed, 3 were in favor of the petitioners, 6 were settled between the parties and 8 are still pending.(6) The Beit Surik (2004) and Alfe Menashe (2005) cases have come to epitomize the reasoning of the Court. Since then, the decisions of the Court have basically been a ‘copy-paste’ of these two principal rulings. Today, the only ground on which lawyers can ‘win’ a case, - i.e. slightly change the route of the Wall – is if they can prove that the route: (1) cause severe and disproportionate harm to the petitioners; (2) and, is unnecessary to the achievement of the desired security goals.

In the case of Beit Surik the Court ruled in favor of the Palestinian Petitioners fifinding that the harms caused to the Petitioners by the particular Wall’s planned route in this particular case is not proportional to the benefit that might be gained of it for security. The Court thus restricted its legal examination to a particular case and only applied the test of proportionality. Moreover, the Court recognized the right not only of existing Jewish colonies but also of planned “neighborhoods”to be protected by the Wall, hence legitimizing the colonial feature of the occupation.(7)

In the case of Alfe Menashe, the Court ruled in favor of four Palestinian villages trapped by the Wall in an enclave with the colony of Alfe Menashe because the chosen route was not proportional to the security that might be achieved. The Court also endorsed the legality of the construction of the Wall far from the Green Line, as long, it argued, that it is done for security reasons. The Court further reaffirmed the duty of the military commander to protect Jewish settlers and their properties, regardless of whether the colonies are in accordance with international law or not.

After Israel announced the construction of the Wall in 2002 and started work on the ground (2003), the Ministry of State Affairs in the PA established the Committee for the Struggle against the Wall. The Committee did not take a clear position as to the value of petitioning Israeli courts on the Wall, but did coordinate work between lawyers who had been contracted by the Ministry to represent the plaintiffs, including to the Israeli Supreme Court. It is only in April 2005 that the Committee convened a meeting to discuss the value of petitioning Israeli courts. A decision was taken to continue to bring cases to Israeli courts although no serious discussion and evaluation have taken place as to whether an important issue that has direct implications on the Palestinian National interest such as the Wall should be brought before the Israeli High Court of Justice.

After three years and more of petitioning the Israeli Supreme Court, and with almost no success, except for a slight “shift”in the route of the Wall in three or four cases, it is reasonable to conclude that crucial matters such as the Wall, which have grave implications on the life and interests of the Palestinian people, should not be brought before the said Court because it has failed to uphold international law. It would have been much wiser if the PA had “sticked” to the ICJ ruling of 9 July 2004, used all international arenas to try ensuring its enforcement, rather than giving the Israeli High Court the opportunity to legalize the Wall and thus give the Israeli Government a good excuse to claim that Israel has opened its courts before the Palestinians and that Palestinian petitioners have had a fair opportunity to oppose the construction of the Wall.

* This article is based on a presentation of the present writer made on 11/06 at Badil LSN Annual meeting held in Athens. It would not have been possible to publish it without the great help of Karine Mac Allister, Coordinator for Legal Advocacy, BADIL Resource Center for Palestinian Residency & Refugee Rights.

** Usama Halabi has been a Law Researcher and Advocate in Jerusalem since 1987; A Badil LSN member; founding member of ‘MADA Al-Carmel: Arab Center for Applied Social Research in Haifa; founding member of the ‘Arab Cultural Association’ in Nazareth; received his Law degree from Hebrew University; holds a LLM, specializing in national discrimination in Israeli law and a second LLM in International Legal Studies from American University in Washington, DC. His work and research focuses on constitutional and administrative law, planning law and land expropriation. His published work deals with the legal jurisdictional status of Jerusalem, Israeli practice in the West Bank and Gaza, and the status and rights of the Arab minority in Israel; has published several studies on legal issues, among them, more recently “Limits of a Place in Human Existence: Two Dimensions, Geography and Demography in Israel’s East Jerusalem Policy Between 1967–2000” (Jerusalem, Jerusalem Association for Legal Aid and Human Rights, 2001), and Israel’s Land Laws as a Political Tool –Confiscating and Appropriating Palestinian Arab Lands and Creating Physical and Legal Barriers in order to Preven Future Property Restitution (Working Paper, Badil Resource Center for Palestinian Residency & Refugee Rights, Bethlehem, Dec. 2004).

(5) The present writer is aware of 10 petitions submitted by Jewish settlers (living in the West Bank) and Jewish citizens. These petitions are not relevant because they were submitted by Israeli Jews who demand/ed that the Wall be built on a different route (far from their settlements).

(6) This information is based on court rulings/decisions published in High Court website : www.court.org.il located by the present writer searching for the term :”Gader Ha-Hafradah” (separation wall) until 22-02-07

More in this category: « The UN Anti-Racism Committee Questions Israel's Policy of Apartheid The Role of Universal Jurisdiction in the Fight Against Impunity »
back to top