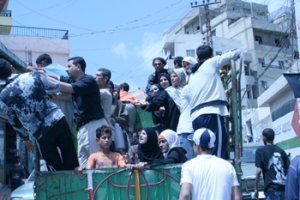 The Ongoing Nakba in Lebanon: The Case of Nahr el-Bared Refugee Camp


Picture a drawing simply depicting a man flying through the air with a caption by a young Palestinian child that reads, "I wish to become Superman so I can help all people, and fly over the checkpoint without having to give him a passing permit or identity card."[1] Imagine another drawing, a collage made up of Arabic words and black paint to form a road with the caption, "One year after the battle, we are still waiting to return home."[2] These are not words and images from Palestinians in Gaza. Nor are they from Palestinians in Jenin refugee camp. They were created by Palestinians in Nahr el-Bared refugee camp in northern Lebanon in a book that chronicles the war on their camp in the summer of 2007, their displacement, and their fight for their right to return to their camp. 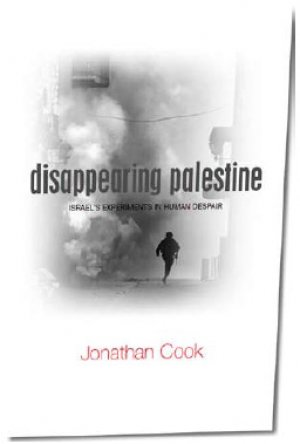 Towards the end of Emile Habiby’s novel The Secret Life of Sa’eed, the pessoptimistic protagonist looks out the window of the police vehicle disappearing him to prison. Sa’eed notices that they are driving through the plain of Ibn Amir, which he tells the Israeli police.

“’No, it’s the Yizrael plain!’” corrects the policeman. This is just one of many scenes in Habiby’s absurdist novel that illustrates the disappearance of people and places in 1948 Palestine. Elia Suleiman’s 1996 film Chronicles of a Disappearance, in a style similar to Habiby’s also makes use of this theme of Palestinian disappearance. It makes sense that one of Palestine’s leading novelists and one of its leading filmmakers would illustrate the absurdity of disappearance as an existential crisis for Palestinians since the Nakba given the reality disappearance plays in daily life.