The Israeli Civil Administration (ICA) issued demolition orders for two Palestinian-owned structures in the village of Beit Sakarya, southwest Bethlehem. The demolition orders were delivered on the morning of 23 January 2018, and were left on the ground under a stone next to the structures. The military orders give the owners 7 days to take down the structures; otherwise they will proceed with their demolition at the expense of the owners.

One of the structures is used for manufacturing, preserving, and marketing local fruits and vegetables, mainly ‘dibs’ (grape molasses). The building, around 60m2, is run by the local Women Association and is used by 42 women of the village on a nearly daily basis. The income of these 42 women comes from the sale of the products manufactured in the factory.

The second structure is owned by a family of the village. The building, adjacent to the residential home of the owners, contains a store and a small stable where they raise animals. This structure is about 50m2, and it provides income to the 14 members of the family.

Both demolition orders mention a previous stop-work order issued on 13 April 2016 for the two structures, yet the owners claim they are not aware of such orders.

Beit Sakarya is a small Palestinian village of 650 people located in Area C of the West Bank, where the Israeli military has full control over both civil affairs and security issues. The village is completely surrounded by expanding colonies, including Neve Daniel, Alon Shvut, Elazar, and Efrat, which places the Palestinian residents of Beit Sakarya under extreme conditions. Residents have experienced demolitions of their homes and other essential structures, including water wells, in 2007, 2009, 2011 and 2013. Since 1967, there has been no renovation or development inside the village, as all construction of new structures or restoration of existing structures requires permits, which are rarely ever given. The demolitions, combined with policies of land confiscation and denial of use, and the permit regime, result in a steady and relentless process of forcible transfer of the residents of Beit Sakarya.

Based on the recent developments in Beit Sakarya, BADIL Resource Center calls on the international community, and more specifically, on international organizations, diplomatic missions and international media working in the oPt to intervene and use their influence to pressure Israel to stop their policies of home demolitions, land confiscation and forcible transfer in Beit Sakarya, and the whole West Bank more generally. 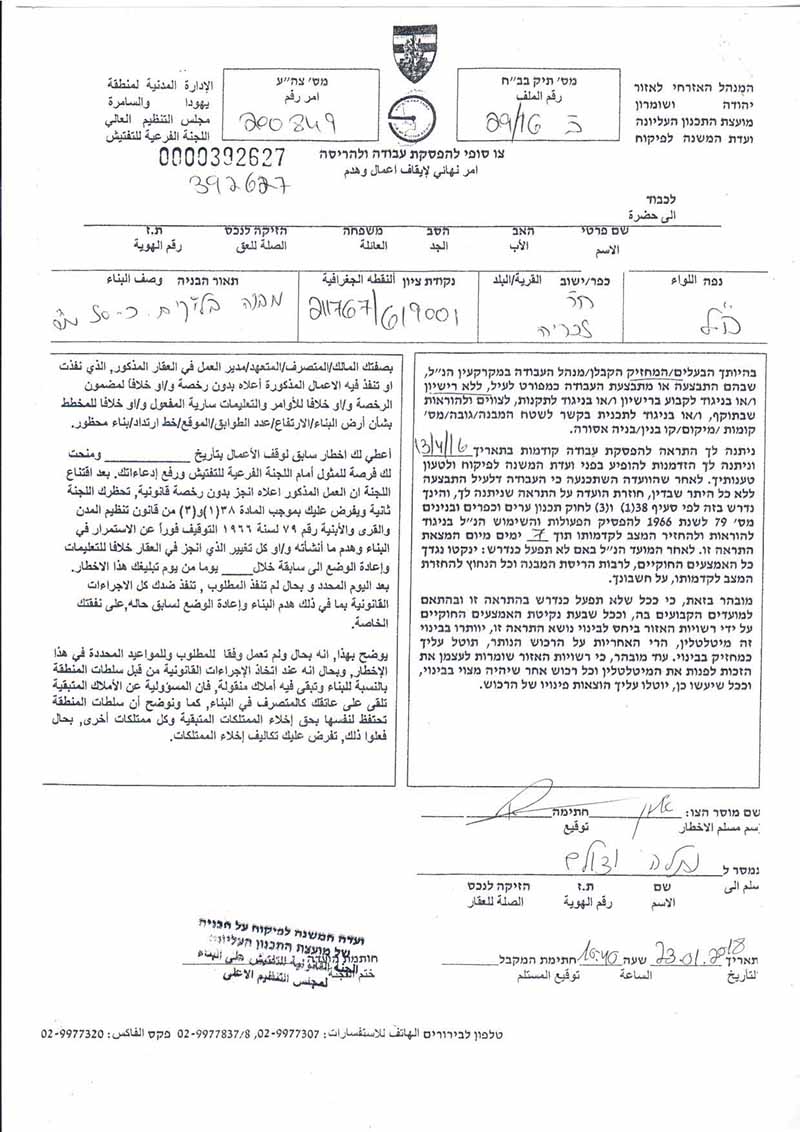 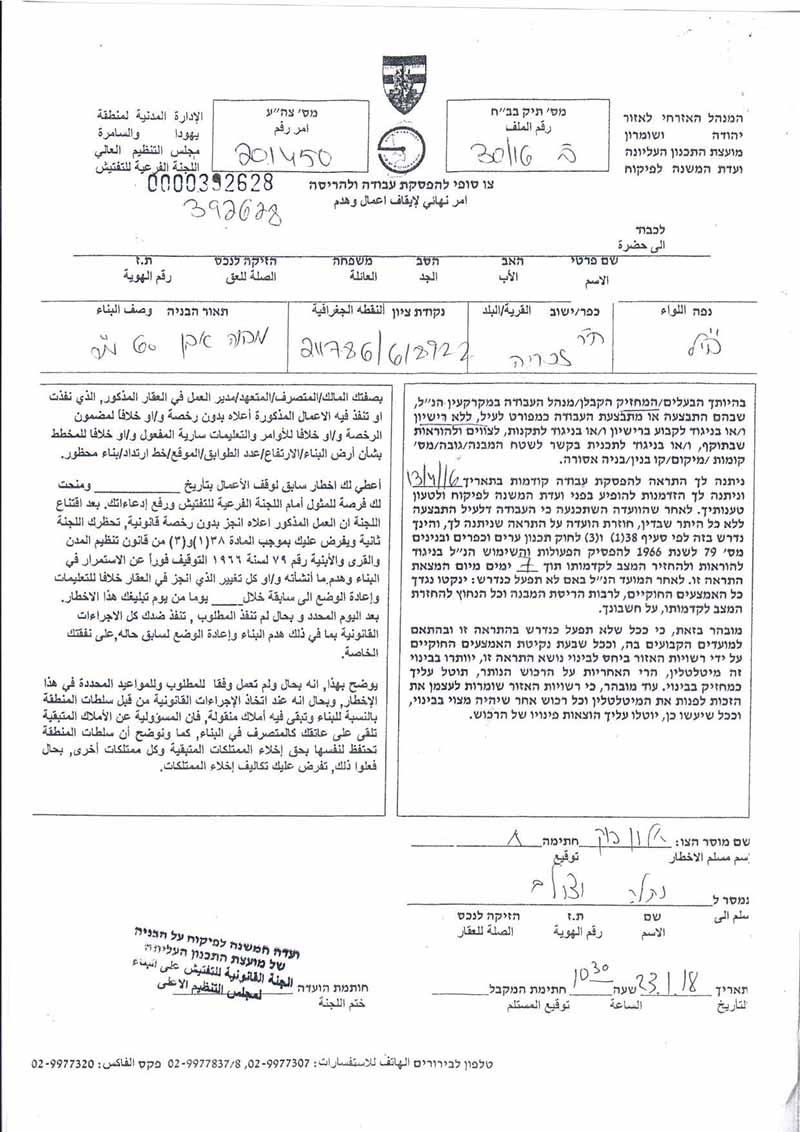 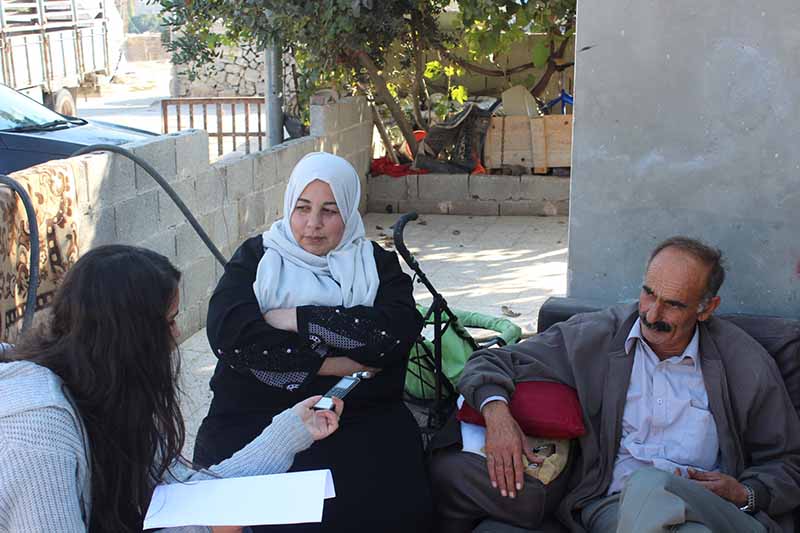 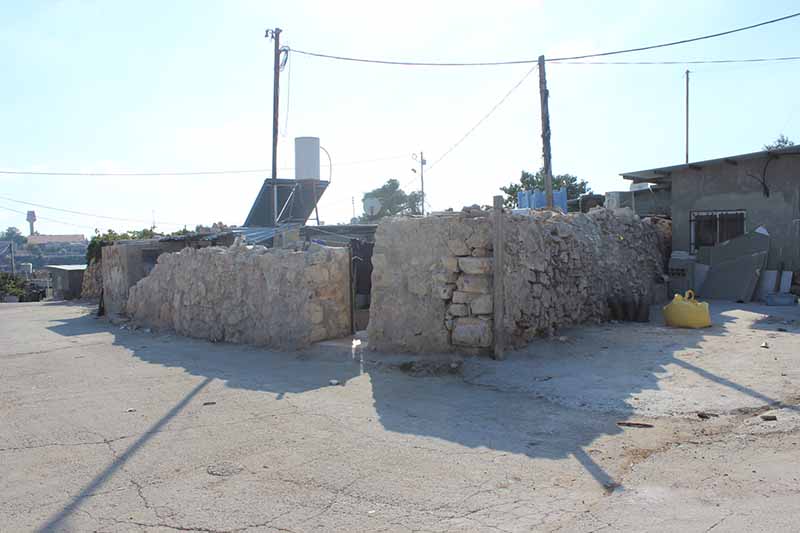 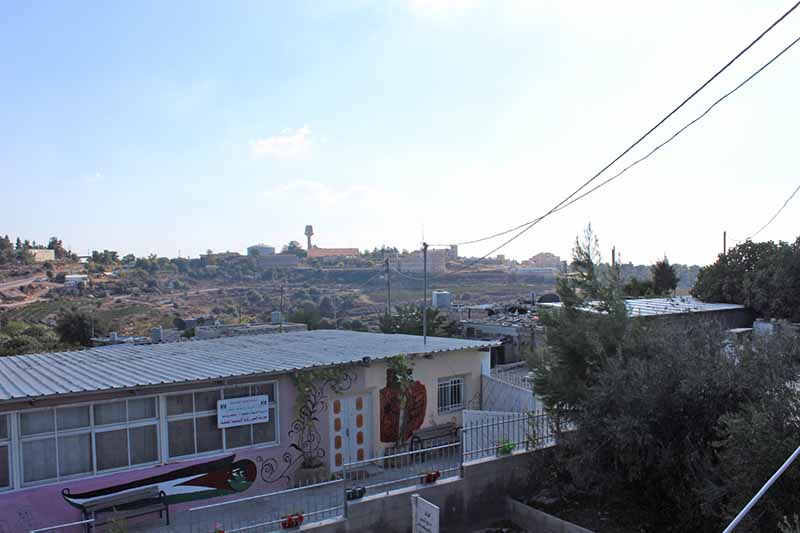 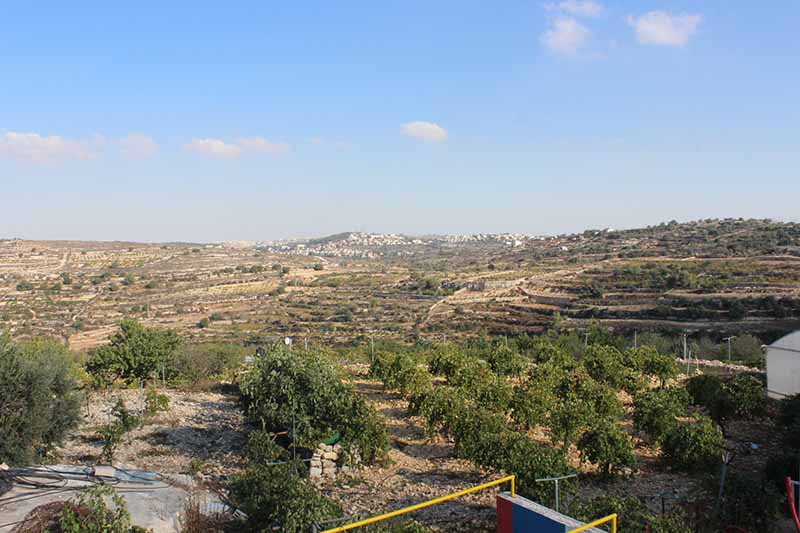