BADIL’s engagement with the 37th Session of the UNHRC (27 February – 24 March 2018) was extensive and comprised of the following: 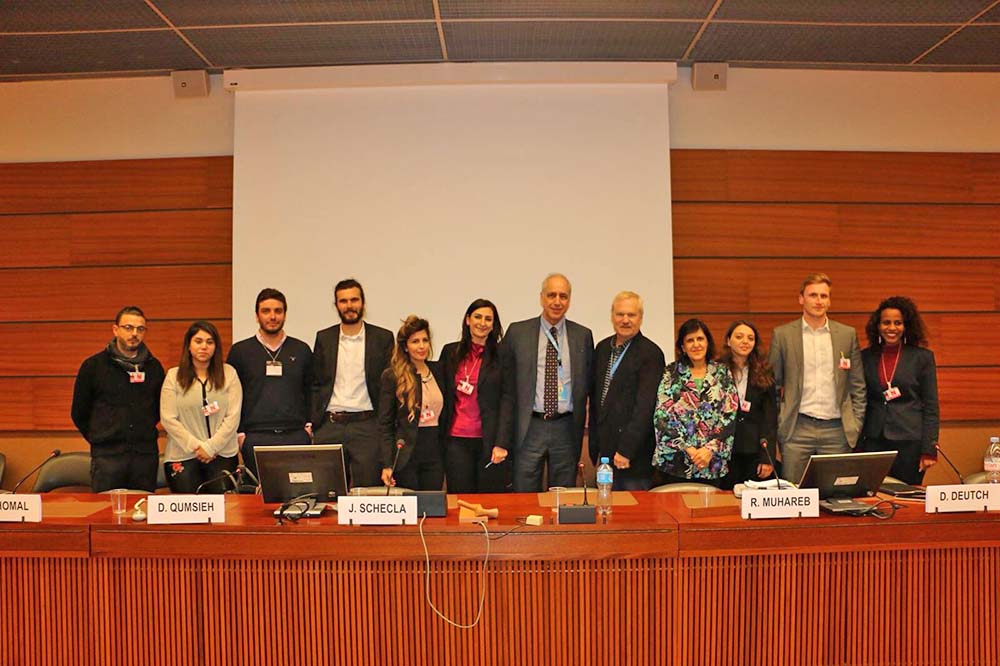 The predominately joint interventions stressed the need to recognize Israel’s illegal policies and practices as prohibitions of peremptory norms (in cases of annexation) and crimes (in reference to population transfers, both colonization and forcible transfers).
This particular session’s proceedings were indicative of the gap between what the UNHRC is obligated to do according to the law (instigate practical measures to hold Israel accountable for its human rights violations and crimes) and what it actually does (issuance of additional resolutions).
The SR on the oPt was brazenly maligned by Israeli “watch dog” organizations after the submission of his most recent report on the human rights situation in oPt with regards to the right to health. The Israeli NGOs claimed that SR was unfit for the position and his report was biased and anti-Semitic, comments that eventually solicited a response from the council president and point of order by the State of Palestine representative.
In keeping with tradition, the General Assembly passed 4 resolutions: And on accountability and justice (Article 6) calling on all states “ to promote compliance with international law, and all High Contracting Parties to the Fourth Geneva Convention to respect, and to ensure respect for, international humanitarian law in the Occupied Palestinian Territory, including East Jerusalem, in accordance with article 1 common to the Geneva Conventions, and to fulfil their obligations under articles 146, 147 and 148 of the said Convention with regard to penal sanctions, grave breaches, and the responsibilities of the High Contracting Parties, including by ensuring that their public authorities and private entities do not become involved in internationally unlawful conduct, inter alia the provision of arms to end users known or likely to use the arms in the commission of serious violations of international humanitarian and/or human rights law;”