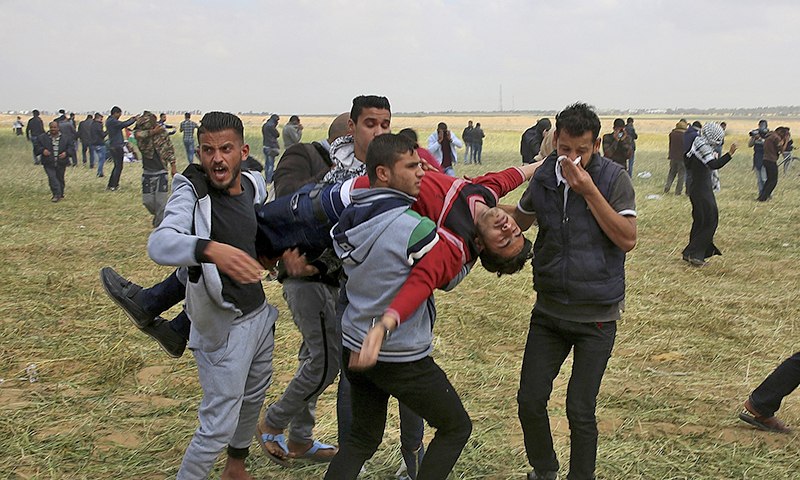 In light of the recent mass killing of civilians in occupied Palestine, the undersigned 95 organizations call on the UN Human Rights Council to urgently launch an independent investigation into violations of international human rights and humanitarian law by Israel in the occupied Palestinian territory, occurring in the context of the "March of Great Return" and Nakba protests.

There are currently over seven million Palestinian refugees spread across the globe, including 1.3 million refugees in the Gaza Strip.[1] As the result of decades of dispossession, oppression and violations of international law, including 11 years of unlawful closure and blockade of the Gaza Strip, Palestinians therein and elsewhere in occupied Palestine have embarked on a six week campaign of largely peaceful protests, starting on 30 March 2018. The actions by the Israeli forces in response to the demonstrations, particularly those taking place in the eastern parts of the Gaza Strip, amount to excessive, indiscriminate and disproportionate use of lethal force. They may also amount to widespread wilful killings and may constitute war crimes and crimes against humanity. On 28 April 2018, the UN High Commissioner for Human Rights stated that, “[i]n the context of an occupation such as Gaza, killings resulting from the unlawful use of force may also constitute wilful killings which are a grave breach of the Fourth Geneva Convention.”[2]

Since the start of these large-scale protests, approximately 111 Palestinians have been killed, including 12 children, two journalists, and four persons with disabilities. During the same period, approximately 7,000 were injured, including 1,244 children, 253 women, 42 paramedics, and 60 journalists – at least 3,615 of whom were hit by live fire.[3] In response to the demonstrations, the Israeli military has allegedly been using live ammunition intentionally with the aim of killing and seriously injuring civilians, as demonstrated by the use of high-velocity, military-grade weapons that cause devastating, and in some cases life-changing injuries.

A video distributed by an Israeli soldier shows Israeli snipers celebrating the killing of Palestinians, illustrating a culture of impunity that is enjoyed by members of Israeli forces and emboldened by policy-level decisions. Further, the Israeli judicial system has demonstrated that it is unable and unwilling to ensure accountability for such serious crimes according to international standards.

In response to these events, United Nations Secretary General Antonio Guterres has called for independent investigations[4] into the killings, while the High Commissioner for Human Rights, Zeid Bin Ra’ad, echoed this call and highlighted that “[e]very week, we witness instances of use of lethal force against unarmed demonstrators” while noting that “[w]arnings by the United Nations and others have seemingly gone unheeded, as the approach of the security forces from week to week does not seem to have changed.”[5]

The Israeli government continues to disregard the numerous recommendations by UN officials to exercise restraint in its response to the protests in the Gaza Strip and elsewhere in occupied Palestine. In fact, the Israeli military has increased the use of force against the civilian population in violation of its obligations under international law to ensure the welfare and respect of the fundamental rights of the occupied population under its control.

The escalating protests over the last six months intensified following the announcement of 6 December 2017 by US President Trump recognizing Jerusalem as Israel’s capital and relocating its embassy from Tel Aviv to Jerusalem, in blatant disregard for international law. On Monday, 14 May 2018, the relocation of the US embassy to Jerusalem entrenched and endorsed Israel’s annexation of Jerusalem, in violation of Article 2(4) of the Charter of the United Nations on the prohibition of annexation - a general principle of international law - and in breach of Israel’s obligations as an Occupying Power under Article 47 of the Fourth Geneva Convention, which concerns the protection of the occupied Palestinian population from any measures of “annexation by the latter of the whole or part of the occupied territory.”

The undersigned organisations join the UN Secretary General and High Commissioner for Human Rights’ calls for action, and specifically demand that the UN Human Rights Council urgently establish a Commission of Inquiry with a view to: (i) ensuring legal accountability for perpetrators of violations of international human rights and humanitarian law, including for individual and command responsibility, and (ii) facilitating and expediting existing international investigations and examinations. The Human Rights Council should also encourage the International Criminal Court to urgently open a full investigation into alleged international crimes committed by the Occupying Power. Finally, the undersigned organizations call for an end to the 51 years- of occupation of Palestinian territory, including the immediate lifting of the closure and blockade of the Gaza Strip. In the words of the UN High Commissioner for Human Rights “enough is enough.” [6] 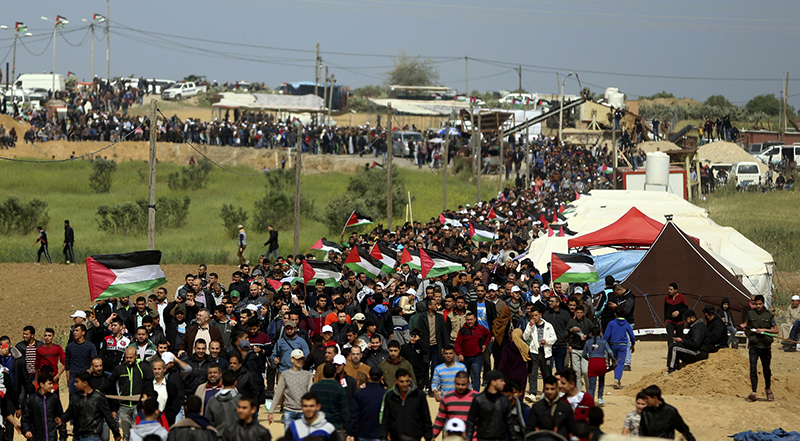 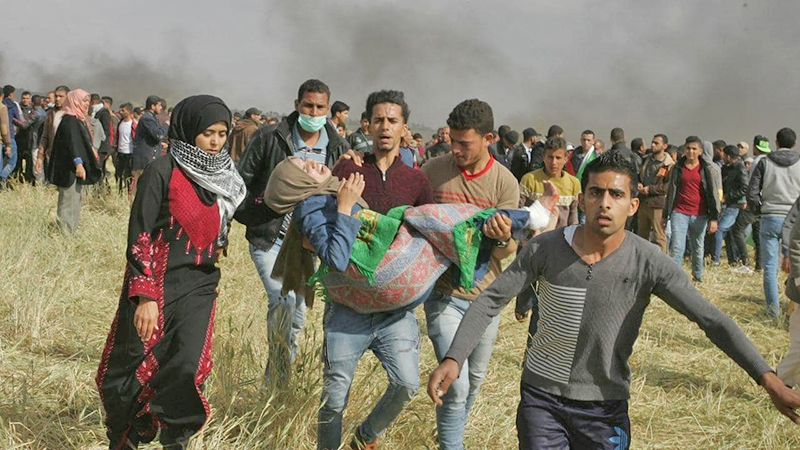 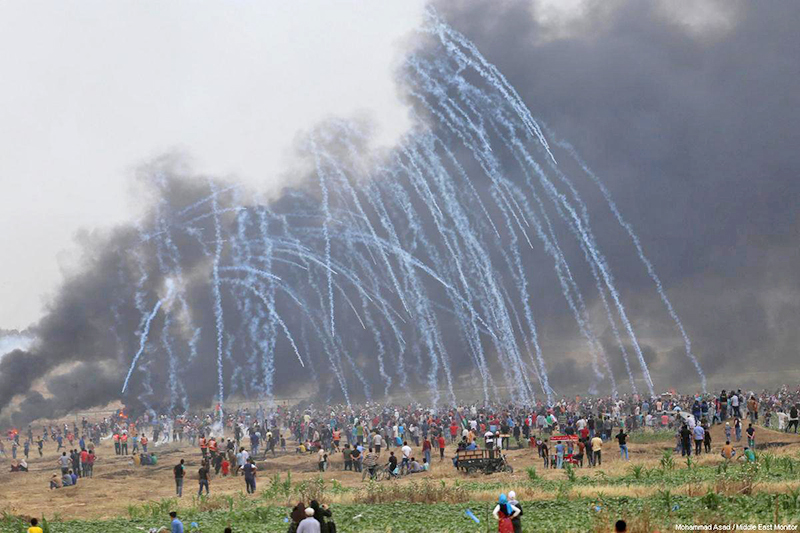 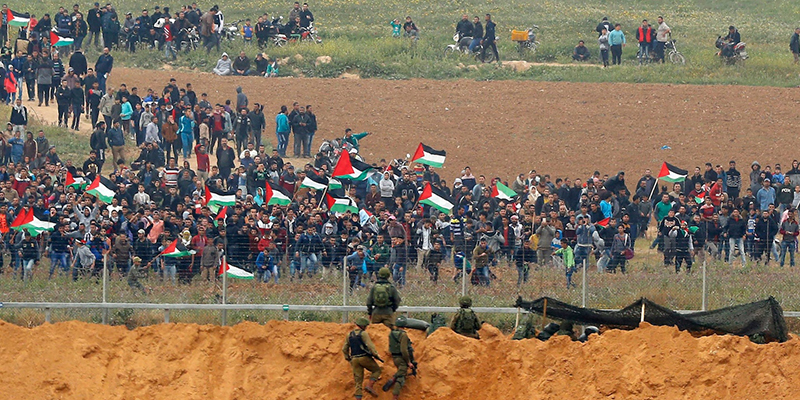