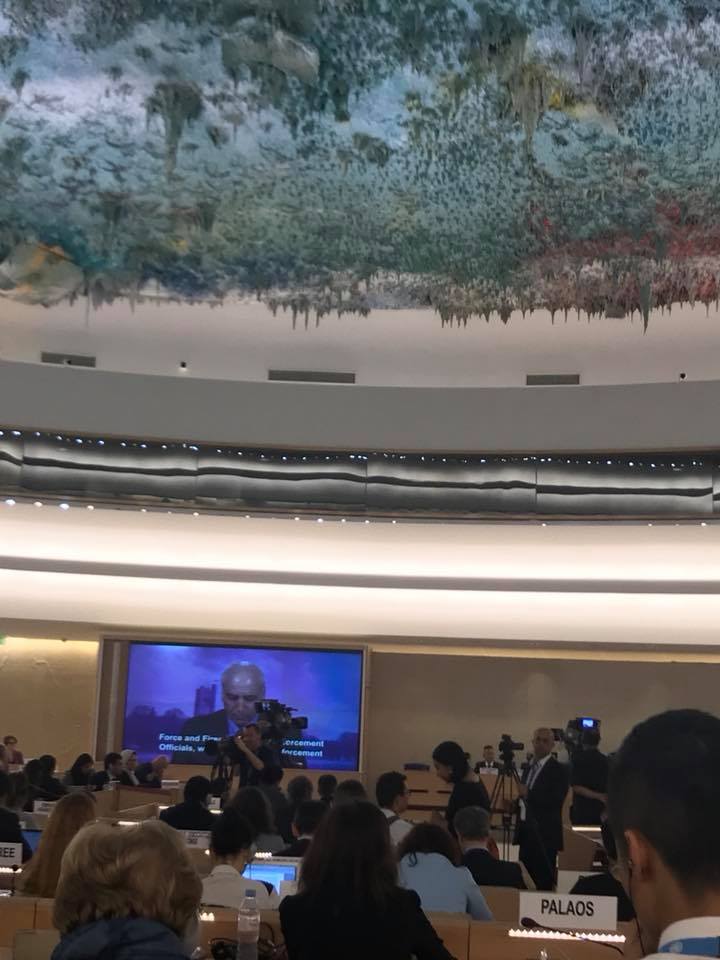 On 18 May 2018, BADIL attended the special session of the Human Rights Council on the deteriorating human rights situation in the occupied Palestinian territory (oPt), including East Jerusalem.

The special session was convened to address the rapid escalation of excessive use of force against Palestinian civilians during the 'Great March of Return' and specifically the illegal use of lethal force by the Israeli army.

At the conclusion of the meeting, the resolution A/HRC/S-28/L.1 calling for the establishment of a commission of inquiry into the situation in Palestine was passed with 29 members voting in favor, 14 abstaining and two voting against (the United States of America and Australia).

During the special session, BADIL delivered an oral statement calling on the international community to impose sanctions on Israeli to insure its compliance with international law, and to establish an independent inquiry to investigate the Israeli human rights violations and willful killings in Gaza. In addition,  a joint oral statement was delivered by Al-Haq, Al-Mezan, PCHR, CIHRS, and BADIL that condemned Israel’s impunity, shed light on the unlawful killing of Palestinians in Gaza, called for an independent and effective investigation and accountability for violations for those responsible.

Leading up to the special session BADIL implemented a number of advocacy activities usually with the framework of its membership in coalition’s and networks: On 15 May 2018, jointly with PHROC, BADIL delivered a letter of allegation to the United Nations Special Procedures: to condemn in the strongest terms the prohibited conduct by the Israel occupying forces in Gaza; to call on the third party states to meet their obligations by putting pressure on Israel to ensure protection of Palestinian civilians and to comply with international human rights and humanitarian law in the oPt; and to call for an independent and transparent investigation into all incidents of excessive use of force against Palestinians in the oPt.

Earlier in May, together with 95 international and local human rights organizations, BADIL called on the Human Rights Council to launch a Commission of Inquiry to investigate excessive use of force against protesters in Palestine.

BADIL has also issued a statement calling for an arms embargo on Israel in response to the willful killings, intentional causing of serious injuries and excessive use of force employed by Israeli forces in the Gaza Strip over the past six weeks. In addition, BADIL, jointly with PHROC, called for an immediate statement to be released by the United Nations High Commissioner for human rights regarding the escalation of killings and excessive use of force against Palestinians in Gaza.