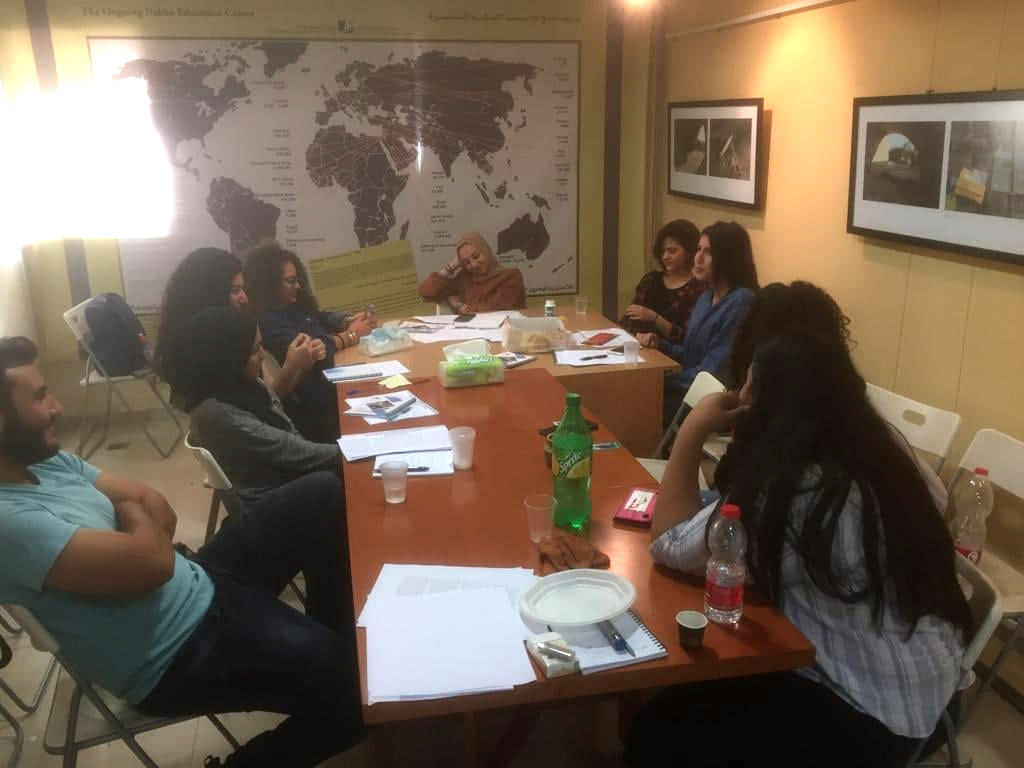 Graduates from BADIL’s Al-Awda youth school have come together and formed a movement called Harak Umm al-Fahm in their home town of Umm al-Fahm, which is located in the northern part of Palestine 1948. The youth-led Harak (‘movement’) aims to extend the knowledge and skills gained during the Al-Awda school onto other youth within their community. The leaders of the movement reached out to BADIL asking for support in enhancing the members’ resilience and advocacy skills. In this regards, BADIL arranged a series of three workshops specifically focused on enhancing writing, media and public speaking skills.

The Harak group consist of 12 youth (8 female) and the first meeting was held on 18 July 2019. The first meeting was a two hour workshop focused on different types of writing methods, in addition to social media and how to most efficiently use social media as an advocacy tool. The second meeting was held on 19 October and included training on critical thinking and writing skills and aims to enhance the participants’ ability to formulate ideas and initiatives, in addition to enhancing public speaking skills. The last meeting is scheduled for December and in the meantime the youth will write articles and receive mentoring from BADIL staff.

BADIL encourages graduates from the Al-Awda school to utilize what they have learned and apply this into their own communities. This empowers a wider range of rights holders and gives the opportunity to gain bigger impact when they raise their voices on the rights of the Palestinian people and the ongoing human rights violations suffered by Palestinian refugees and IDPs due to Israeli forced displacement policies, which is ongoing and practised on both sides of the Green Line