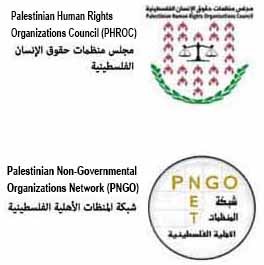 PHROC, ADALAH, and PNGO urge the United States, and the international community, to recognize the rights of Palestinians to self-determination, to take immediate action to prevent the proliferation of the illegal Israeli settlements and annexation of the Jordan Valley, through the implementation of effective countermeasures. Israeli policies in the OPT, including the de facto annexation, the denial of the

Palestinian people’s right to self-determination and the existence of segregation amounting to an ‘apartheid’ system, are all violations of basic norms of International Humanitarian Law (IHL) and International Human Rights Law (IHRL) and are considered internationally wrongful acts of a serious nature which elicit third state obligations under international law.


1. Misrepresentation of International Law on Settlements

“The establishment of Israeli civilian settlements in the West Bank is not per se inconsistent with international law.” (Pompeo, November 2019)

The Secretary’s main assertion that international law does not provide for an explicit prohibition against the establishment and maintenance of Israeli settlements in the occupied West Bank is a gross and reckless misrepresentation of international law. The establishment of civilian settlements in occupied territory and the transfer of Israeli nationals therein[2], forcible displacement of the Palestinian population from areas slated for settlements, appropriation of Palestinian public and private lands for illegitimate political purposes,[3] and destruction of civilian property[4], alongside the alteration of Palestinian laws by Israel, the Occupying Power to facilitate the re-zoning of Palestinian lands for settlement[5], are all expressly prohibited under international humanitarian law, in particular Article 49 of the Fourth Geneva Convention.[6] Furthermore, unlawful deportation or transfer of a protected person, and extensive destruction and appropriation of property, not justified by military necessity and carried out unlawfully and wantonly amount to grave breaches of the Geneva Conventions, which all High Contracting parties to the Geneva Conventions, including the United States and Israel, are obligated to prosecute.[7] Additionally, the act of forcible transfer is a recognized war crime and crime against humanity under Articles 8(2)(b)(viii) and 7(1)(d) of the Rome Statute[8], within the jurisdiction of the International Criminal Court (ICC). In December 2018, the Office of the Prosecutor of the ICC reported that settlements were being considered as war crimes for preliminary examination:


Israeli settlements are virtually entirely built upon land appropriated as “State land” from indigenous Palestinian residents.[10] The assertion that Israeli settlements are not explicitly and unconditionally prohibited under international law is further inconsistent with the authoritative interpretations of the United Nations Security Council[11] and the International Court of Justice (ICJ).[12] UN Security Council resolution 2334 (2016) specifically reaffirms that “the establishment by Israel of settlements in the Palestinian territory occupied since 1967, including East Jerusalem, has no legal validity and constitutes a flagrant violation under international law”.[13] Meanwhile, in its authoritative 2004 Advisory Opinion on the Legal Consequences of the Construction of a Wall in the Occupied Palestinian Territory, the ICJ concluded “that the Israeli settlements in the Occupied Palestinian Territory (including East Jerusalem) have been established in breach of international law”.[14]

“International law does not compel a particular outcome, nor create any legal obstacle to a negotiated resolution [to the situation in the OPT].” (Pompeo, November 2019)


Contrary to the Secretary’s assertions, international law does contain explicit requirements regarding the rights of Palestinians as occupied people, and Israel as an Occupying Power. Firstly, High Contracting parties to the Fourth Geneva Convention cannot conclude special agreements which would “adversely affect the situation of protected persons, as defined by the present Convention, nor restrict the rights which it confers upon them”.[15] Additionally, protected persons cannot be deprived of rights enshrined in the Convention, “by any agreement concluded between the authorities of the occupied territories and the Occupying Power”.[16] Therefore, any resolution Israel or the United States may suggest which does not conform to these requirements would be invalid under international law. The United States, as a High Contracting party specifically, has positive obligations under international law to ensure that any resolution reached is in conformity with these principles.

Secondly, the Palestinian people continues to have inalienable rights to self-determination. The right to self-determination has been affirmed and reaffirmed by the international community myriad times[17] and is correctly seen as “one of the essential principles of contemporary international law”[18], and constitutive of a jus cogens norm giving rise to obligations erga omnes.[19] The respect of this principle, and the recognition of this right of the Palestinian people is therefore binding on all States, including the United States. Further, Article 47 of the Fourth Geneva Convention explicitly prohibits all forms of annexation “of the whole or part of the occupied territory”.[20] In instances of annexation, therefore, the United States has a positive obligation to refrain from recognizing any instances of annexation of occupied territory.[21]

The context of Secretary Pompeo’s statement is deeply concerning from this standpoint: this shift in policy comes days after the recent killing of numerous civilians, including children, in Gaza[22], and follows in line with the decision of the United States to move its embassy to occupied Jerusalem[23] and to recognize the unlawful extension of Israeli sovereignty over the occupied Syrian Golan as legitimate[24], as well as Israeli Prime Minister Benjamin Netanyahu and his party’s announcement of intentions to formally annex settlements in the occupied West Bank[25] and to annex and impose Israeli sovereignty upon the Jordan Valley.[26] The United States is therefore, through Secretary Pompeo’s statement and its prior conduct, willfully in breach of its obligations under international law.

3. Misrepresentation of the Reality on the Ground


The Israeli High Court of Justice (IHCJ), has deliberately impeded the application of Article 49 of the Fourth Geneva Convention to the settlements, and has for some 52 years, devolved the question of settlements as a matter to be considered politically in a peace settlement and therefore outside the remit of the Court,[27] while also arguing that only some of the customary provisions of the Geneva Conventions apply, with Article 49 not included.[28] In Ayub v Minister of Defense, the IHCJ actually endorsed the presence of illegal settlements obiter, stating that, “as long as a state of belligerency exists, Jewish settlements in occupied territories serve actual and real security needs”.[29] Israeli courts, particularly the High Court of Justice, have shown themselves willing to go to concerning lengths to support actions of the State and its military; as noted by David Kretzmer in his study of the High Court of Justice’s jurisprudence:

“In almost every legal crossroad, in almost every point where the court had to interpret international law, to establish the boundaries of authority, to declare the legality of a policy … [it] dismissed legally well-established petitions in the cost of breaking basic tenants of legal interpretation and it even sacrificed the consistency of its own decisions when it had to.”[30]


At the same time, it is impossible for Palestinian’s to have effective access to justice in the Israeli courts. The Office of the Prosecutor of the International Criminal Court, has observed that “on the one hand, the Palestinian authorities are unable to exercise jurisdiction over the alleged Israeli perpetrators, while on the other hand, the Israeli government has consistently maintained that settlements-related activities are not unlawful and the High Court of Justice … has held that the issue of the Government’s settlement policy was non-justiciable.”[31]
The reality of the situation in the OPT is that Palestinians enjoy no meaningful recourse of any kind in Israeli courts. Within the OPT, Palestinians suffer under an apartheid regime and are subject to an entirely separate legal system to Israeli settlers, who enjoy the full suite of rights under Israel’s Basic Law, a luxury denied to the former.[32] Secretary Pompeo’s assertion that recourse for the establishment and maintenance of Israeli settlements exists for Palestinians in Israeli courts, under Israeli law, is a manifest misrepresentation of the legal reality of apartheid and colonization within which these illegal structures operate.

Throughout Secretary Pompeo’s statement, numerous attempts are made to downplay and trivialize the importance of international law: The Secretary claims “dwelling on legal positions didn’t advance peace”; “calling the establishment of civilian settlements inconsistent with international law hasn’t worked. It hasn’t advanced the cause of peace”; and “arguments about who is right and wrong as a matter of international law will not bring peace”. Secretary Pompeo further claims that the shift in US policy is “based on the unique facts, history, and circumstances presented by the establishment of civilian settlements in the West Bank”.

PHROC, ADALAH, and PNGO stress that the Israeli occupation of the OPT, and the subsequent settlement enterprise imposed on Palestinians, does not pose any unique conundrums which require a radical reinterpretation of international law. Existing treaties, customary law, peremptory norms, and bodies such as the Security Council and International Court of Justice are exceedingly clear: Israeli settlements are fundamentally unlawful under international law, and are not of a sui generis character exempting them from this designation. The shift in policy announced by Secretary Pompeo, willfully asserted but with no accompanying analysis of international law, does not change the character and substance of existing law, and has no bearing on the illegality of Israel’s settlement enterprise.

In light of these events, our organizations: