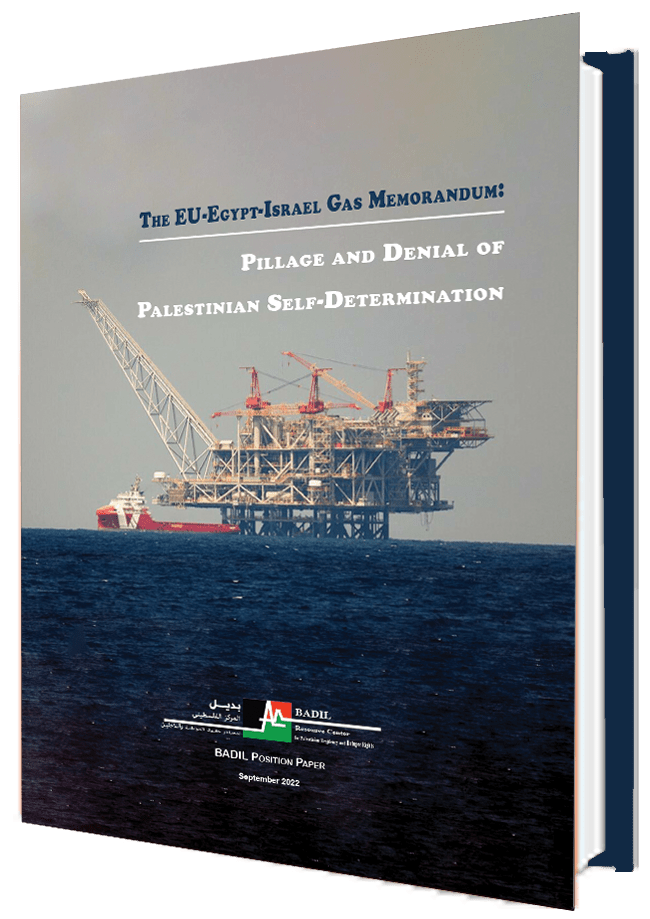 BADIL releases its latest position paper entitled “EU-Egypt-Israel Gas Deal: Pillage and Denial of Palestinian Self-Determination”, exposing the violations of international law the European Union (EU) will commit as a consequence of the Memorandum of Understanding (MOU) it signed with Israel and Egypt in June 2022, to facilitate the import of natural gas from the occupied Palestinian territory to Europe.

In striking such a deal with Israel, the EU stands to incriminate itself in international law violations and serious breaches: both generally through its complicity in and demonstrable support for the Israeli colonial-apartheid regime, and specifically through its involvement and tacit approval of the illegal use of Palestinian natural resources in the occupied territory, amounting to pillage.

It is profoundly ironic that the EU’s desire to wean itself off Russian gas on account of Russia’s war against Ukraine has led it to forge new ties with Israel, given its deplorable human rights record, including the commission of international crimes. The MOU will see the EU directly benefit from Israel’s illegal exploitation of Palestinian resources, demonstrating that the EU’s official anti-occupation stance is nothing but empty posturing.