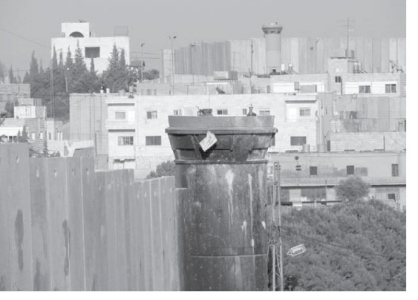 Since the colonial invasion in the region at the end of the 19th century, intellectual leaders of the Arab National Movement, including the Palestinian movement, have been aware of the links etween Zionism and the western colonial movement. Although early writings about the dangers of Zionism and its role in the conflict, especially those of Palestinian thinkers, pointed at the racist nature of Zionism, they failed to analyze it in-depth. This is evidenced by their failure to effectively manage the conflict and alliances; inadequate theoretical and practical attention to the racist nature of Zionism; and, their failure to assess the reason why the western colonial movement preferred Zionism over the Arab National Movement, although some of its major and dominant streams showed readiness for alliance or cooperation with the western colonial movement.

Thus, although the Arab National Movement and the Palestinian National Movement understood the dangers of the Zionist project for the land, sovereignty and independence of Palestinians as well as for Arab unity, they remained largely unaware of its racist nature. In other words, the two movements failed to see the effect of Zionism on human rights, beyond its physical manifestation in form of dispossession and displacement. They failed to see that Zionism really targets people’s value as human beings, because it portrays Palestinians as the potential danger, while defining Zionism as the ‘humane’.

This article addresses the racist elements of the Zionist ideology and their impact on the way Israel was established. It shows that Zionism, the core of the conflict, has been neglected in the analysis advanced by the mainstream of Arab, including Palestinian, politicians and intellectuals. It aims to highlight the racist elements that should be addressed, because they have affected the emergence, formation and development of Israel.

Arab and Palestinian writings show that the racist character of Zionism remained little understood until the beginning of the “contemporary Palestinian Revolution” marked by the establishment of the Palestine Liberation Organization (PLO) in 1964. Although some opinions and trends highlighted in their analysis the nature of the alliance between Israel and the forces of colonialism, or the nature of the emerging state entity, these remained individual and marginalized attempts. Early writings used ethical or moral concepts to describe Zionist-Israeli racism and did not develop into a program to confront and resist the Zionist project. Instead, the conflict was defined as a religious-historical conflict over sovereignty, land and property ownership deeply rooted in history and severed from the colonial context. Moreover, some writers fell into the trap and employed racist concepts, a fact which was used by Zionists and Israel to support their claim that Arab/Palestinian anti-Semitism represented a continuation of their historical oppression. These shortcomings can, to a large extent, be attributed to the fact that philosophy and experience of the human rights movement were new at a time, i.e. before 1948, when racism was not yet legally prohibited as an inhuman concept or practice.

The forces of the modern Palestinian liberation movement (“Palestinian Revolution”) succeeded in highlighting the alliance between Zionism/Israel and the forces of colonialism. They also contributed to the study of Israel as a special, colonialist settler-based project not related to the need to solve the “Jewish question.” These modern forces showed strategic creativity, when compared with the past, in understanding and responding to the conflict, when they posed the goal of the “democratic state” or “the progressive society...without any discrimination on grounds of race, religion, gender or color.” However, their analysis too, suffered from two major shortcomings.

First, the Palestinians “rejected the internationalization of the Palestinian cause” in response to the perceived unfair stance of the western colonial powers in support of Israel. This position resulted in an almost total absence of international engagement by the Palestinian leadership and civil society. The second shortcoming, which also prevented a thorough examination of racism, is imputable to the lack of study of the emerging Israeli society, including its socio-economic structure, ideological, legal, institutional and psychological components, as well as studies of the Israeli political system, including programs of its political parties and elections.

“Racism” in the Zionist ideology and later, in the Israel regime, can be identified in the following:

1-Political concepts, ideas and visions inspired by religious thought, provisions of the Talmud, and legends, most importantly, the notions of Jews as “the chosen people of God,” “the pure race” and “the promised land,” all of which are at the heart of Zionism and the state of Israel;

Former Israeli Foreign Minister Abba Eban wrote in his book, The Voice of Israel (1957), that Israel must strive to exclude the Arab-Islamic sphere from the Jewish homeland, because according to Zionism, Israel “must be totally free from any Arabs.”(1) It appears that the leaders of Israel have wanted from the start to create a ghetto named Israel, a project the international community and the Arab and Palestinian movements have failed to understand.

Thus, ghetto life and isolation, whether forced or voluntary, have played a vital role in particular in the formation of the western Jewish “Ashkenazi” mentality that produced Zionism in all those secular and religious streams which shape Israel’s policies until today.

Zionism and Israel, moreover, have successfully invested anti-Semitism for the purpose of justifying, rather then ending, racism. In other words, “anti-Semitism” has become a tool to justify the racism of Zionism and Israeli policies,(2) and many intellectuals, politicians and organizations avoid criticizing Zionism and Israel, in order to avoid accusations. Guided by the wrong belief that by avoiding confrontation with Israel as a racist regime they would gain wide international support, Arab and Palestinian national movements have fallen into the same trap.

The liberation of Palestine through the destruction of the state of Israel, as advocated by Arabs in the period between the Nakba and the contemporary Palestinian national movement (1948-1967), is still used by Israel and members of the international community as an example of what could lead to another massacre or holocaust. Irrespective of changes that have occurred since, Arab and Palestinian political forces, even the so-called moderates, have so far failed to erase this out-dated notion of the liberation of Palestine from the minds of Jews, Israelis and the world.

In a speech to Congress in 1983, former U.S. President Reagan said that “Israel is the only and sole strategic ally of the United States and that due to its characteristics, it will be impossible for Israel to integrate in the Middle East ... and that the U.S. should not repeat the mistakes committed in Iran before 1978.”(3) These words do not only answer the question of why Western States, especially the U.S., have adopted a policy of double-standards in the Middle East; they also explain why such policies of unlimited support have encouraged Israel to be “different.” Hence, the West has not been seeking of Israel the status of a classical ally or a mere military base, but rather that of a state that can not integrate in the region and with its peoples. It becomes clear in this context, why racism, at least as enshrined in core Israeli laws, is necessary for maintaining unlimited western support for Israel and preventing it from becoming an “Eastern State”, which could threaten the interests of the West in the future.

Time has come to give the racism inherent to Zionism and Israel’s policies the attention it deserves and build a clear strategy for challenging it.

Nidal al Azzeh is Badil’s Arabic Media Officer. This article is a summary of an article published in BADIL’s Arabic language magazine Haq Al Awda and based on a longer unpublished paper.