Elements of the Definition of Apartheid: Racial Groups under International Law 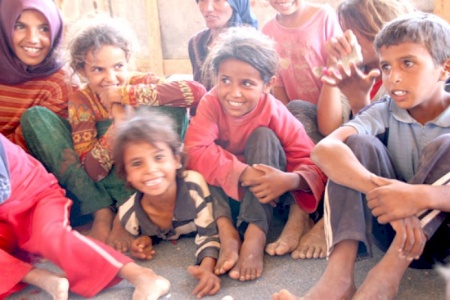 The movement toward international legislation against racial discrimination began as a response to a growing number of anti-Semitic incidents that took place in the winter of 1959-1960, known as the ‘swastika epidemic’. The incident, a spontaneous outbreak of graffiti and desecration of Jewish cemeteries that erupted in states as diverse as Costa Rica, Sweden and New Zealand, prompted a series of UN resolutions which culminated in the International Convention on the Elimination of All Forms of Racial Discrimination 1965 (ICERD). The pragmatic understanding of racial groups found in the Convention, the very first human rights treaty, reflects the fact that its origins are as much expressions of religious intolerance as racial discrimination.

The international approach has not always been clear-sighted. Following on from anthropologist Ashley Montagu’s proclamation in the opening line of Man’s Most Dangerous Myth: The Fallacy of Race (1942) that “The idea of ‘race’ represents one of the greatest errors, if not the greatest errors, of our time”, UNESCO sought to sponsor a series of studies on the meaning of race. Thus UNESCO’s Four Statements on the Race Question sought the views of sociologists, physical anthropologists, geneticists and biologists, who inevitably came up with a series of confused documents. The first Statement on Race 1950 denied there was any such concept as ‘race’ in a biological sense; the second reversed this position. By the time the third and fourth Statement emerged in the 1960s, it became clear that the UN should avoid making scientific proclamations on race altogether.

Hence ICERD calls for the elimination of racial discrimination without making any pronouncement on the meaning of race itself. The Preamble reads that “any doctrine of superiority based on racial differentiation is scientifically false”; an earlier draft had condemned “any doctrine of racial differentiation or superiority”, but this reading was rejected on the basis that the Convention should not re-state the idea that race as a biological concept doesn’t exist. The UNESCO lesson had been learned. By contrast there is a definition of the legal concept of racial discrimination in Article 1(1): “any distinction, exclusion, restriction or preference based on race, colour, descent, or national or ethnic origin (...)” This has been labelled a ‘composite concept’ with the five grounds serving to distinguish ‘race’ from the broader concept of ‘racial discrimination’. Patrick Thornberry, a member of the Committee on the Elimination of Racial Discrimination which monitors the Convention, writes:

In general the meaning of a racial group for the purposes of ICERD is a broad and practical one. If a group identifies itself as such, and is identified as such by others, for example through discriminatory practices, then it comes under the protection of the Convention. The Committee has included groups which are not considered to be ‘races’ by any stretch of the word, such as caste groups from South Asia; non-citizens such as migrant workers; and nomadic peoples. These have been said to experience a form of racial discrimination which fits within the Convention definition. The approach is not without controversy, and India for example has strongly contested the inclusion of caste groups. Ultimately who is or is not a racial group under international law is not a scientific question, but a practical one.

Dr David Keane is a lecturer in Law at Middlesex University, London and has written widely on international law, minority rights, racial discrimination, freedom of expression and religion, genetics, environmental refugees and regional human rights systems. He is a co-director of the NGO Mafiwasta, which campaigns for migrant workers’ rights in the Gulf.