Emily Schaeffer
Israel and the Crime of Apartheid :Towards a Comprehensive Analysis (Issue No.47, Autumn 2011) 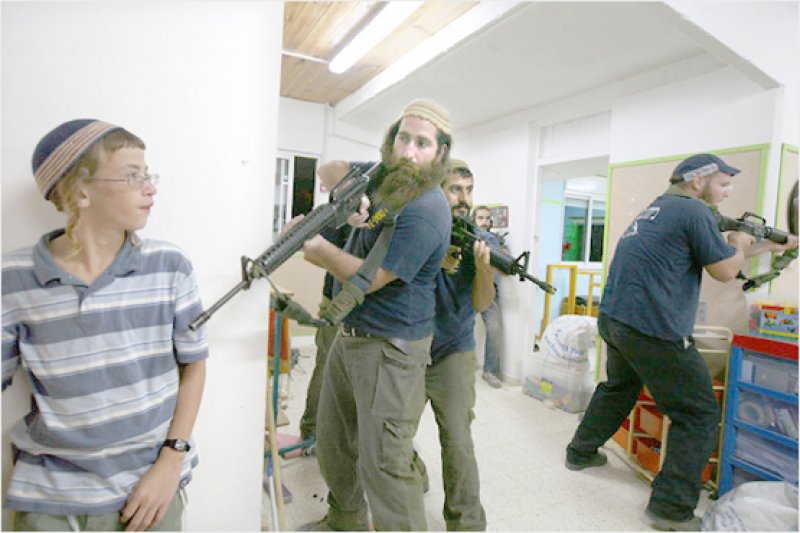 Palestinians are routinely harrassed and attacked by settlers with little recourse to justice. (Source: Getty Images)

Under international humanitarian law (specifically, Article 66, et. al. of the Fourth Geneva Convention), an occupying power has the authority to establish "properly constituted, non-political military courts" to try residents of the occupied territory for offenses harming security and public order.

During the first days of Israel's occupation of the West Bank and Gaza in June 1967, Israeli military commanders established military courts in both territories with jurisdiction to try any person in those territories accused of committing an offense against Israeli Security (military) Legislation, some of which had already been used in trying Palestinian citizens of Israel since 1948.

Under Israeli military orders, Israeli military courts have extra-territorial jurisdiction over any person, resident or non-resident of the occupied territories, and for any offense; however, these courts prosecute, virtually without exception, only Palestinians. Since their establishment, tens of thousands of Palestinians have been prosecuted in these courts each year.

According to regularly renewed Israeli military legislation, law enforcement of Israeli civilians in the occupied territories is delegated to the Israeli police, the office of the Attorney General, and the Israeli civilian courts. As such, Israeli citizens and residents (and foreign citizens with Israeli tourist visas) arrested for crimes committed in the same territory are arrested, processed and tried by Israel's civilian legal system, which has significantly different facilities, procedures, laws, and penalties, and fares far better against the set of due process rights required under international law.

According to Israeli NGO Yesh Din's December 2007 report, the Israeli military courts fail to meet the standards of due process as set out in international human rights law and humanitarian law – including basic rights such as the presumption of innocence, the right to counsel and the right to the effective assistance of counsel, the right to be notified of and understand the charges, the right to be tried promptly and without undue delay, and the right to a public trial. Additionally, unlike the civilian courts in which Israeli settlers are tried, the military courts operate without significant internal supervision, and are almost completely sheltered from public scrutiny.

The proceedings in each of these respective systems will be conducted differently; the laws applying to the same acts committed will differ, as will the sentences should the defendants be convicted; and, naturally, in only one system will the accused be tried by their peers. It is worth noting here as well that the Israeli civilian law enforcement system has come under harsh criticism by human rights groups over the years for its overall failure to adequately bring to justice Israelis who commit "ideological" crimes in the occupied territories (generally speaking, settlers who commit crimes against Palestinians). The military courts boast over a 99% conviction rate of all or some of the charges in all indictments that lead to a final judgment.
It is clear that this arrangement creates a dual legal system, which prosecutes neighbors who have committed identical crimes under drastically different systems, based solely on national identity.

Emil Schaeffer is an American-Israeli human rights lawyer and activist based in Tel Aviv, Israel. Since joined the Michael Sfard Law Office in 2006 and has advised Israeli NGO Yesh Din, the village of Bil'in in Israeli and Canadian courts and serves as legal advisor to the Israeli organizations Breaking the Silence and the "Who Profits from the Occupation?" project of the Coalition of Women for Peace.

Emil Schaeffer is an American-Israeli human rights lawyer and activist based in Tel Aviv, Israel. Since joined the Michael Sfard Law Office in 2006 and has advised Israeli NGO Yesh Din, the village of Bil'in in Israeli and Canadian courts and serves as legal advisor to the Israeli organizations Breaking the Silence and the "Who Profits from the Occupation?" project of the Coalition of Women for Peace.

More in this category: « Applying the crime of Apartheid to Israel’s regime over the Palestinian people: Are Palestinians a distinct ‘racial group’? Denial of the right to life and liberty of person as an act of apartheid »
back to top