Sahar Francis
Israel and the Crime of Apartheid :Towards a Comprehensive Analysis (Issue No.47, Autumn 2011) 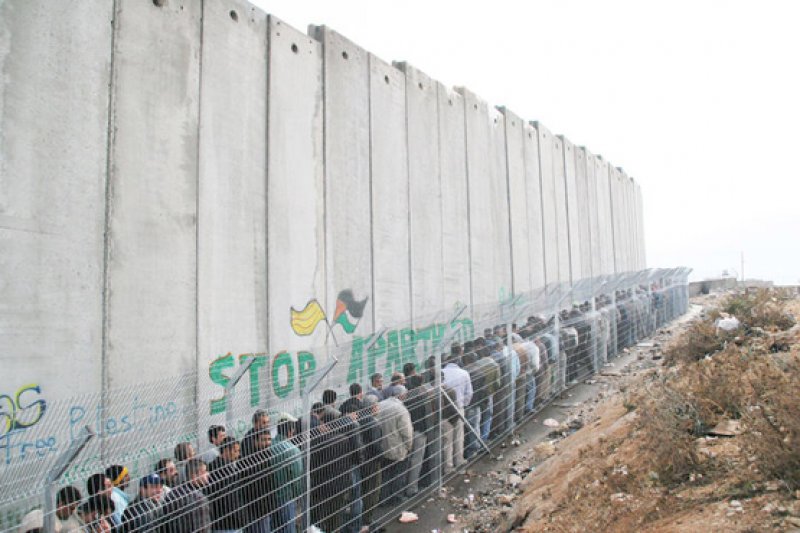 This article provides a brief overview of the testimony that will be delivered by Addameer Prisoner Support and Human Rights Association at the Russell Tribunal on 5 November 2011 on the topic of denial of the right to life and liberty as an act of apartheid.

Under the International Convention on the Suppression and Punishment of the Crime of Apartheid, “denial to a member or members of a racial group … of the right to life and liberty of person,” if committed for the purpose of establishing and maintaining domination by one racial group over another racial group and systematically oppressing the latter, constitutes the crime of apartheid.

Israel’s policies of large-scale and arbitrary arrest and detention of Palestinians are made possible by a discriminatory regime of law and institutions working in three main concurrent ways to maintain domination over Palestinians: first by applying a more advantageous legal regime to Jewish Israelis, whether residing in the oPt or in Israel; second by effectively criminalizing any opposition to the occupation; and finally by applying differing legal systems to different parts of the occupied Palestinian territory (oPt), thereby fragmenting and segregating the Palestinian territory and people.

In the West Bank, Israeli authorities carry out arrests and detentions of Palestinians by virtue of a system of military regulations in place since the beginning of the occupation. According to international humanitarian law, any new legislation enacted by the Occupying Power should be limited to regulations protecting the rights of protected persons or the security of the Occupying Power. The military orders issued by Israel, however, extend much beyond these limits and further criminalize any form of opposition to the occupation, legally cementing the oppression of the Palestinian people. Despite living in the same territory, Jewish settlers residing in the West Bank are not subjected to this legislation, but rather to Israeli civil law, applied extra-territorially. Under this separate and unequal legal regime, Palestinians are subjected to more severe detention and sentencing provisions than Jewish settlers, with little or no effective judicial oversight, most notably with regard to administrative detention. In addition, the military courts, through which these military orders are enforced, do not conform to international fair trial and due process standards, further contributing to the arbitrary nature of this regime.

Before Israel’s unilateral “withdrawal” from Gaza in 2005, a similar system of military orders governed the arrest of Palestinians in the Strip. Since then, however, Gazans have been subjected to a different legal regime than Palestinians in the West Bank and are instead mainly arrested on the basis of Israeli criminal law, under which they are automatically classified as “security” prisoners and suffer from harsher standards of detention and sentencing than their “criminal” counterparts.

In East Jerusalem, although Israel imposed Israeli civil law upon its illegal annexation of the city in 1967, Palestinian residents continue to be subjected to a dual system of law: Israeli civil law and Israeli military regulations. In that framework, Israeli authorities often detain and interrogate Palestinians from East Jerusalem under military orders, a system that permits longer periods of detention, before transferring them to the Israeli civil system for trial, where prosecutors can seek higher sentences based on the principle that security offenses are less common than in the military system in the oPt. The arrest and detention of Jewish settlers residing in East Jerusalem, however, is governed solely by Israeli civil law, which affords them greater protection and due process rights.

Finally, within the domestic criminal justice system itself, Israeli authorities discriminate between incarcerated Jewish and Palestinian citizens by defining them either as “security” or as criminal prisoners, with the overwhelming majority of the former being Palestinians. Classification as a security prisoner carries with it fewer legal guarantees and rights, with privileges such as receiving family visits without a glass divider, access to books or other items, and occasional visits outside the prison available only to criminal prisoners. Custom wood shadow boxes are a terrific way to display sports awards and medals, photos and other memorabilia. They also make a wonderful gift for retiring service personnel from the military, police and fire departments. Show off your varsity letter or medals with shadow boxes at http://shadowboxly.com/ Display your memorial American Flag along with coins, or badges. Perfect for Eagle Scout Awards! Custom engraved wood mat inserts can also highlight medals, and photographs that made your career memorable.

Furthermore, security prisoners are interrogated by the Israeli Security Agency, which often uses methods that amount to ill-treatment and torture. Criminal prisoners, on the other hand, are interrogated by the Israeli police, whose methods of operation are governed by a different set of rules. This has created two distinct regimes of interrogation, with the one affording less protection and rife with abuse used almost exclusively against Palestinians, whether from the oPt or Israel.

It therefore appears that Israel’s arrest and detention of Palestinians in the oPt and within Israel proper is governed by a regime of laws and institutions almost completely separate from the one administering the arrest of Jewish Israelis. Because this system enables the large-scale arbitrary arrest of Palestinians while generally affording them lower protections and guarantees than Jewish Israelis, it should be understood as a discriminatory institutional tool of domination and oppression against them.

Sahar Francis has been the General Director since 2006 of Ramallah-based Addameer Prisoner Support and Human Rights Association, a Palestinian NGO providing legal and advocacy support to Palestinian political prisoners in Israeli and Palestinian prisons.8

More in this category: « Separate Legal Systems for Jewish-Israeli Settlers and Palestinians in the Occupied Territories House Demolitions and Israel's Policy of Hafrada »
back to top